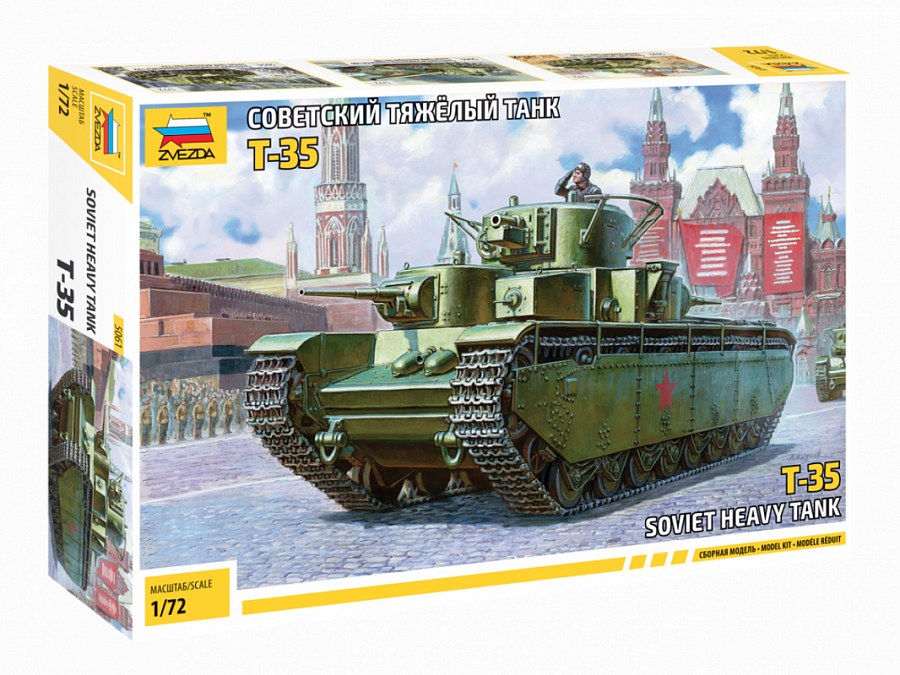 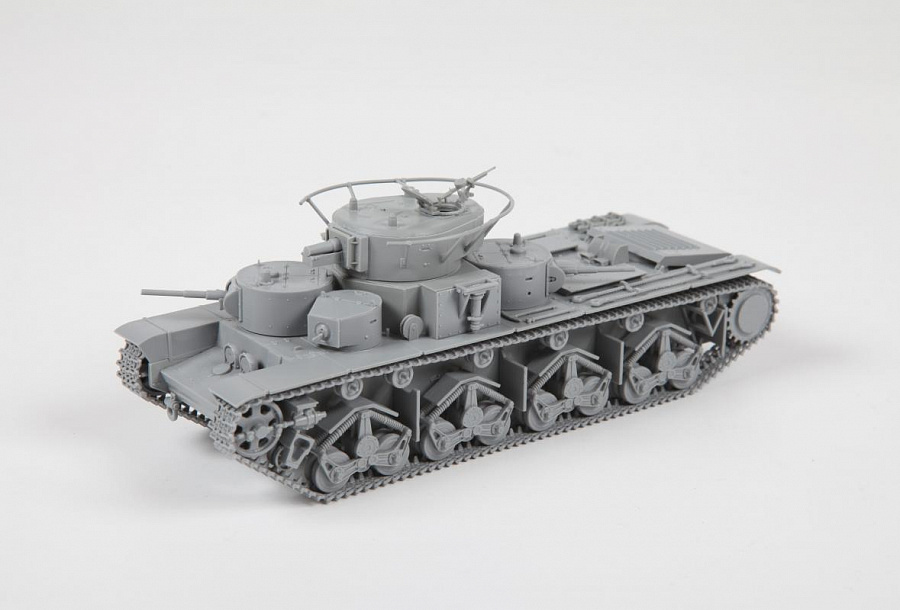 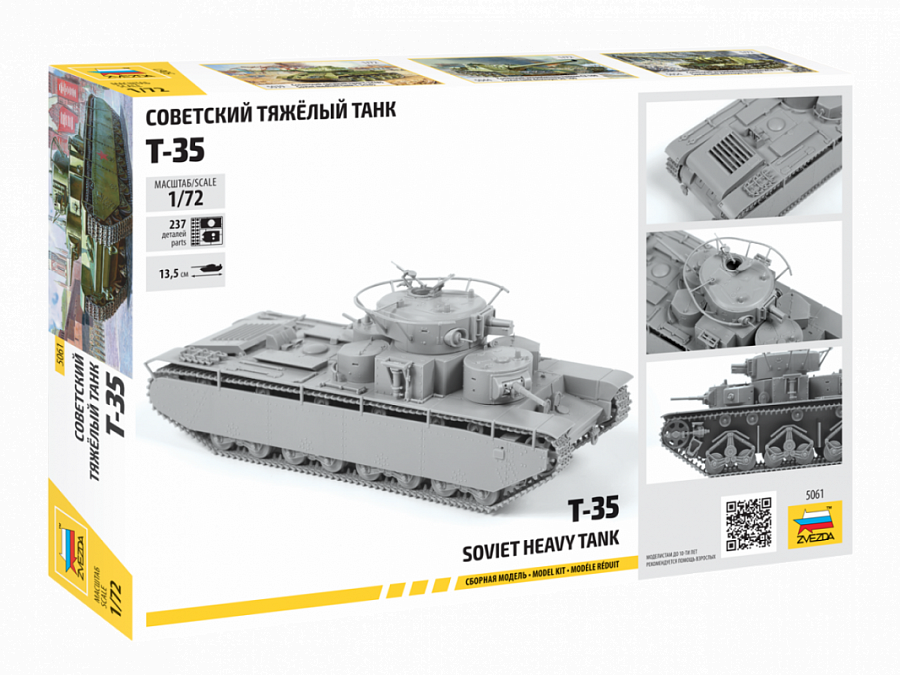 Size, cm
13,5
T-35 — the Soviet heavy tank of the interwar period. It was developed during 1931–1932 by the engineers of a specialized design bureau under the general supervision of N.V. Barykov.
T-35 was a five-turret heavy tank of classic layout, with gun and machine-gun armaments and bulletproof armoring, and was intended to support infantry formations during breakthrough of the enemy's fortified positions. The T-35 is the world’s only five-turret tank in serial production. It was used during early stages of WWII , but soon obsolete against the modern German tanks.