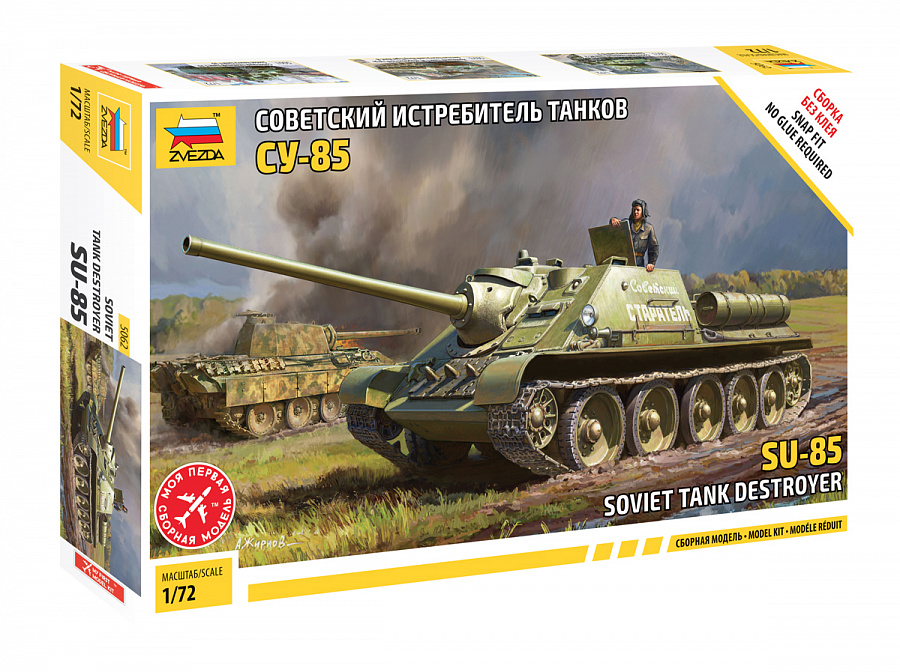 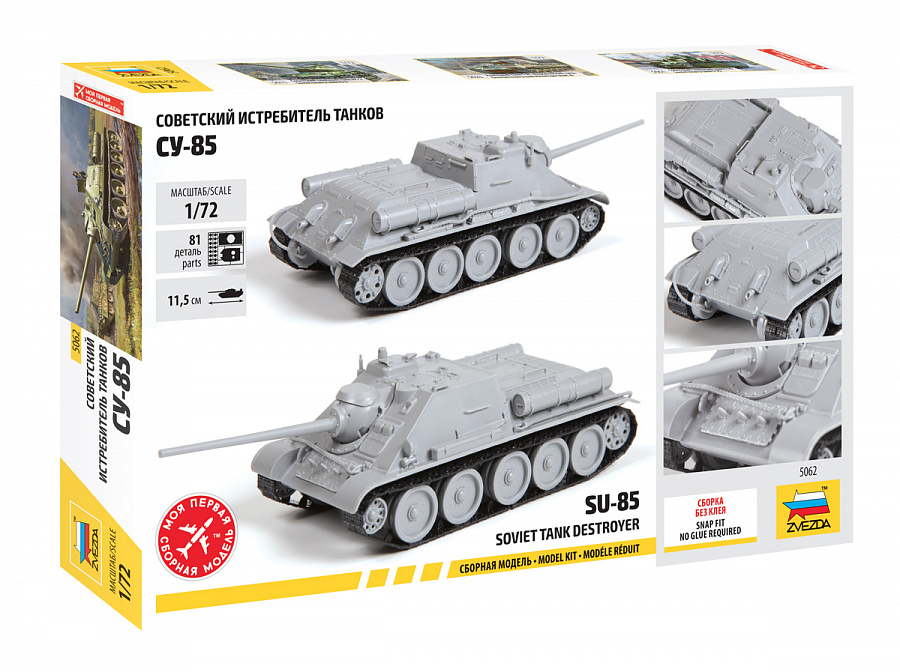 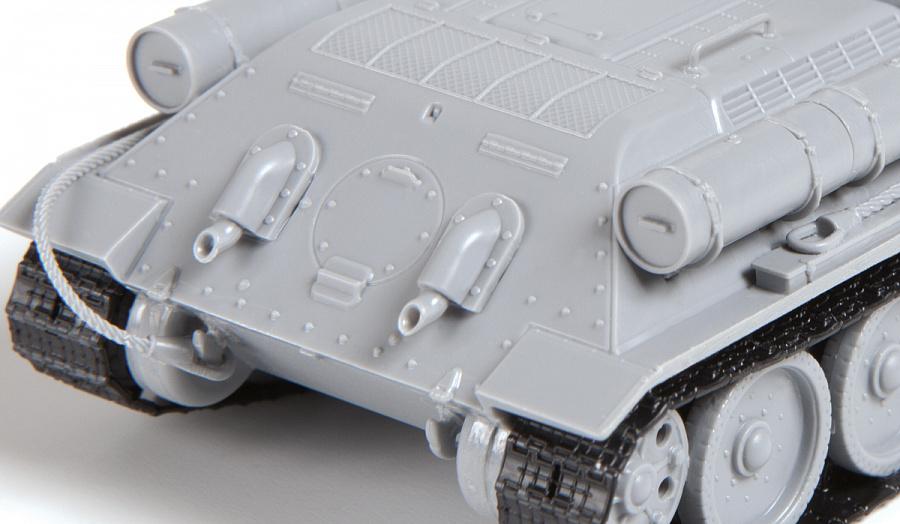 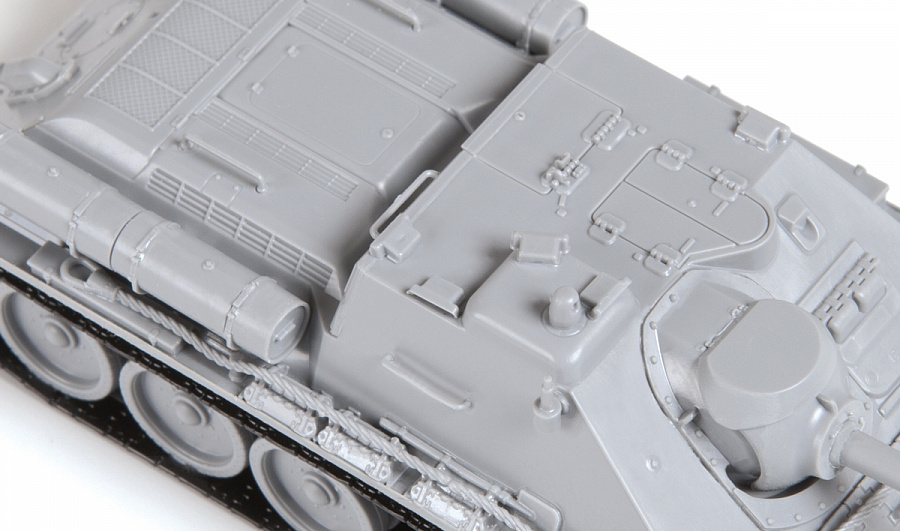 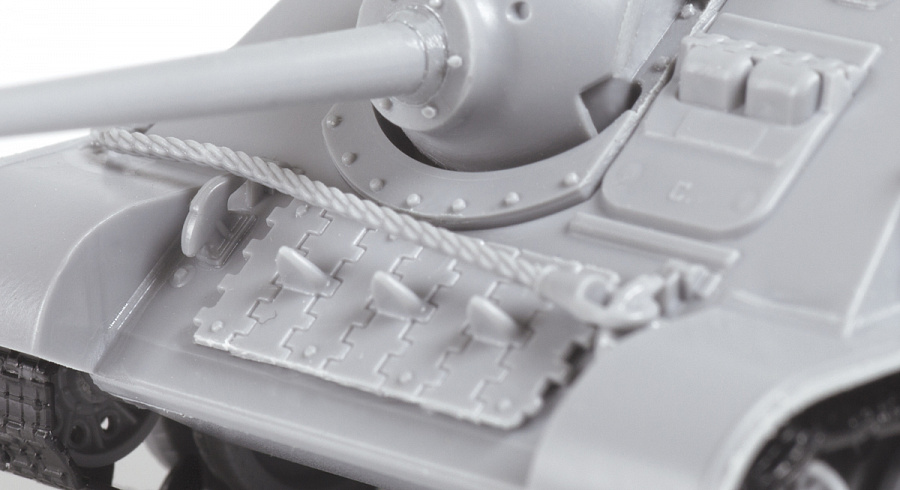 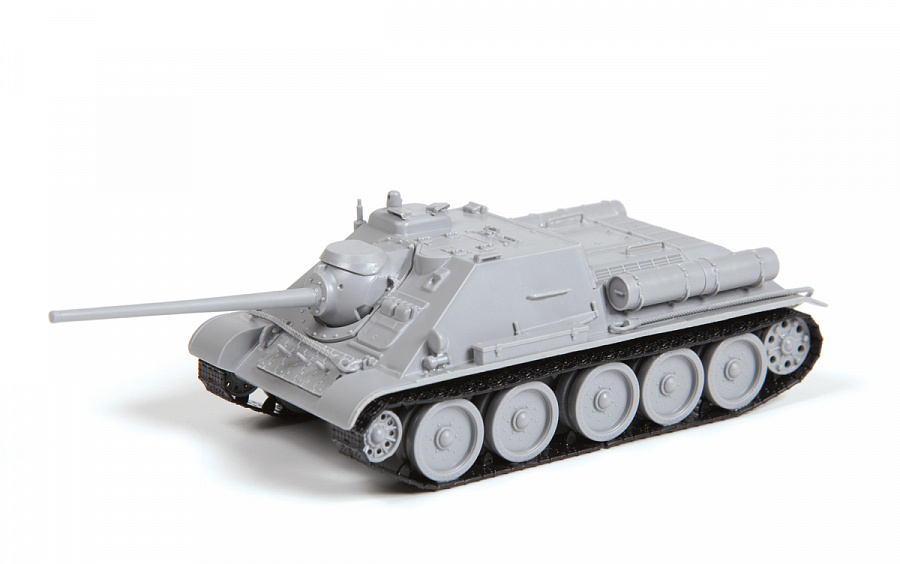 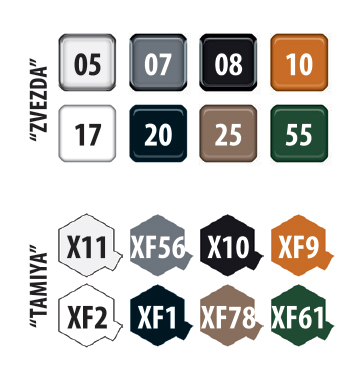 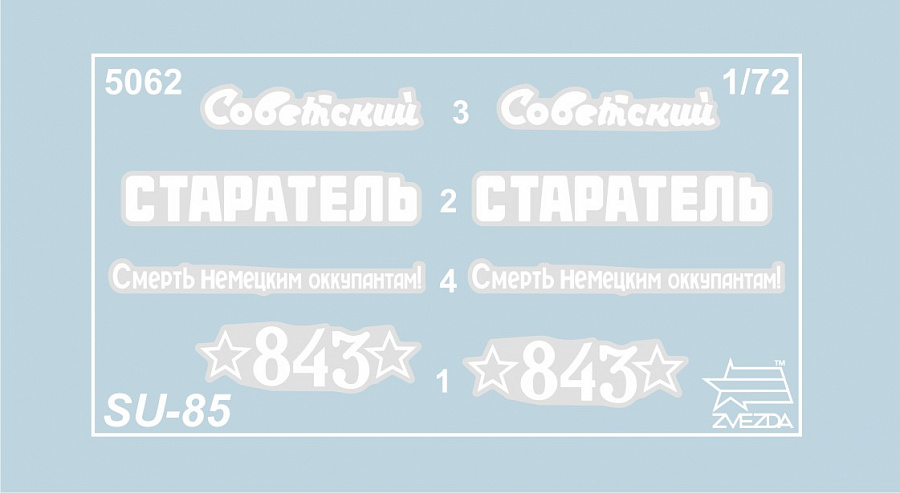 Size, cm
11,5
The Su-85 is a WWII medium-weight self-propelled artillery system and tank-destroyer.
The Su-85 AFVs were successfully used in large numbers from September 1943 and until the end of World War II. These types of AFVs were manufactured at the Ural heavy machine production facility (Uralmash) between August 1943 and July 1944, with a total output of 2,337 SP vehicles. The 85 mm D-5S cannon allowed the SU-85 to effectively destroy medium tanks at distances of over one kilometer, while at closer ranges it was able to penetrate the armor plates of heavy tanks.