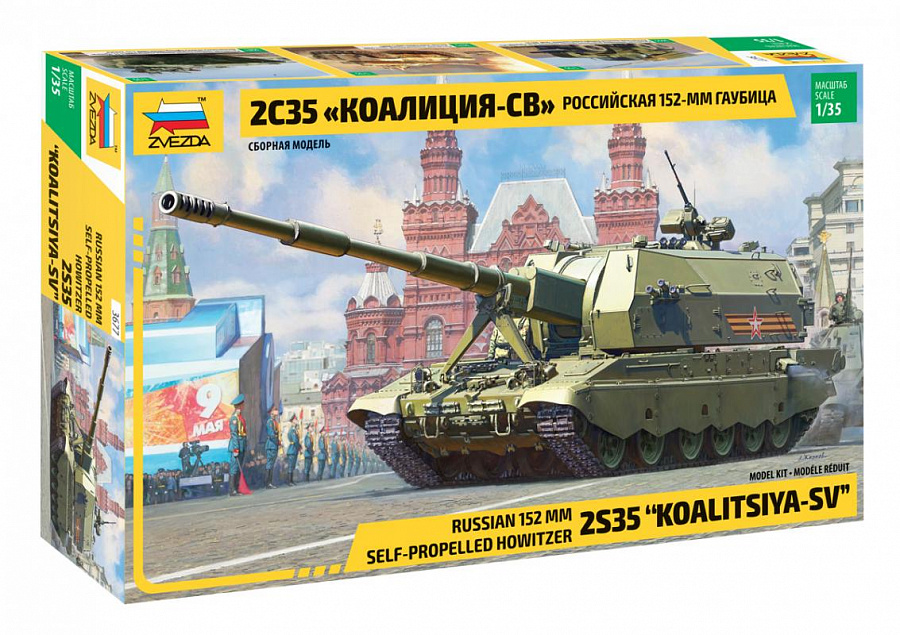 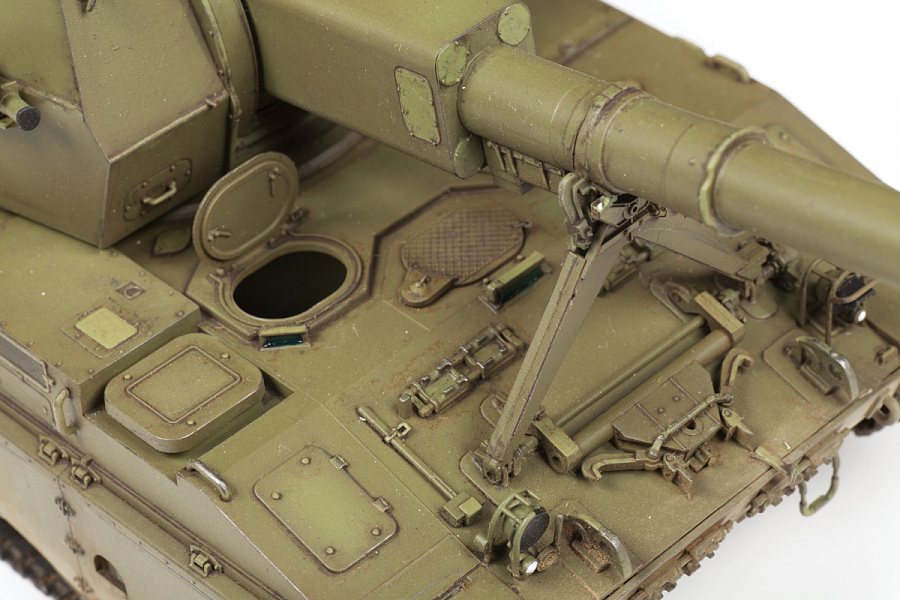 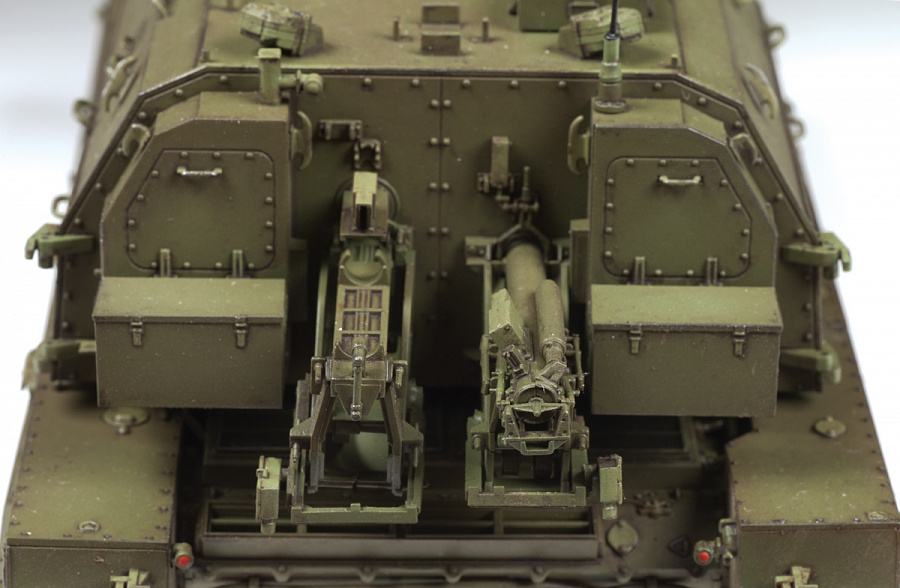 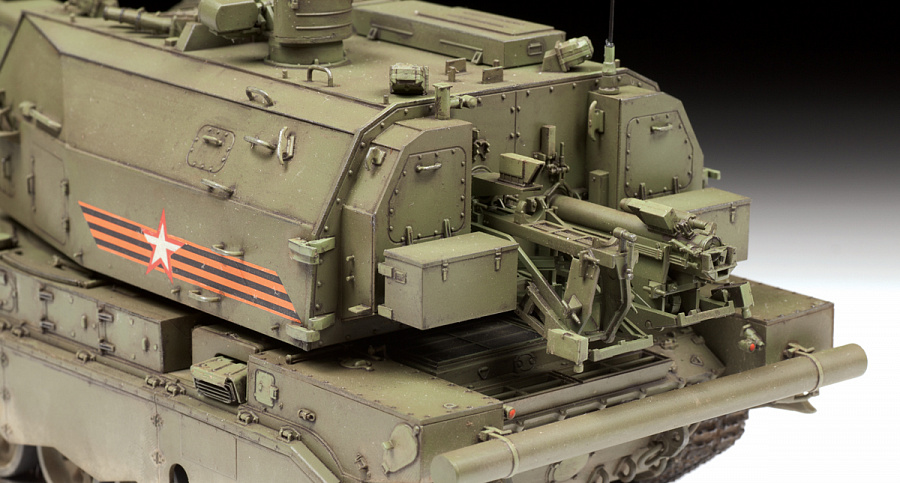 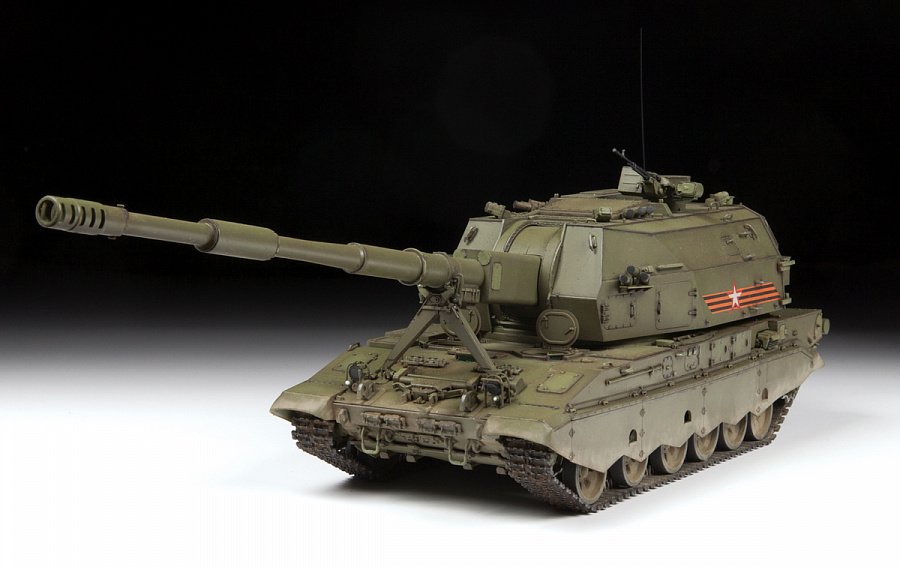 Size, cm
39,9
The 2S35 "Koalitsiya-SV" is the most recent artillery system of the Russian army.  This  self-propelled howitzer was designed at the Burevestnik Central Scientific Research Institute, Nizhny Novgorod, Russia. It was officially presented for the first time at the 2015 Victory Day Parade in Moscow. The "Koalitsiya-SV" is designed to solve a variety of tasks:  shooting of tactical nuclear weapons, attacks on enemy artillery and mortar batteries to the destruction of armoured fighting vehicles and fortified installations. Equipped with a 152mm   gun it has a maximum range of 40 to 80km depending on the ammunition used.
3677_Koalitsiya_SV_color.pdf
Download
3677_instr.pdf
Download
Viewed Items