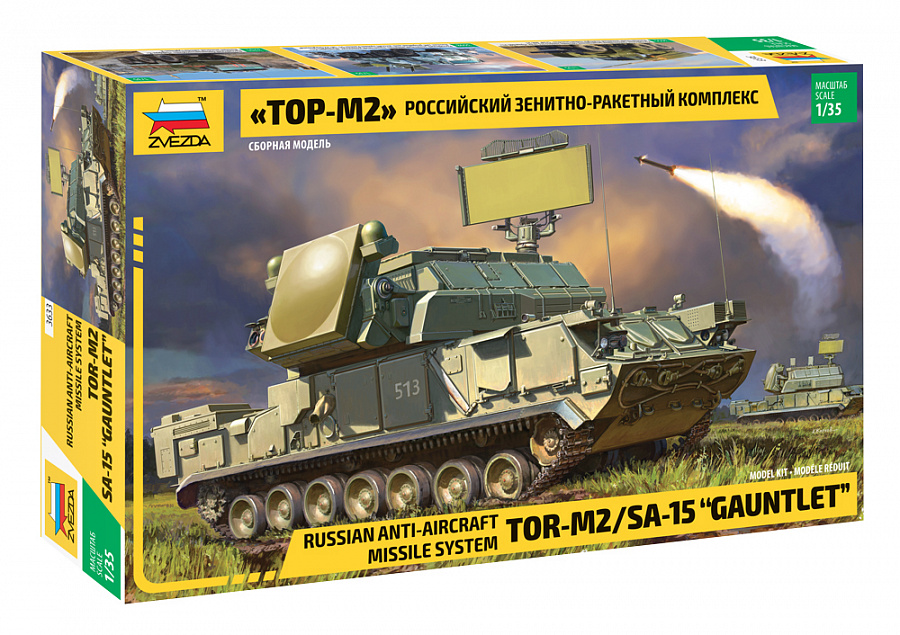 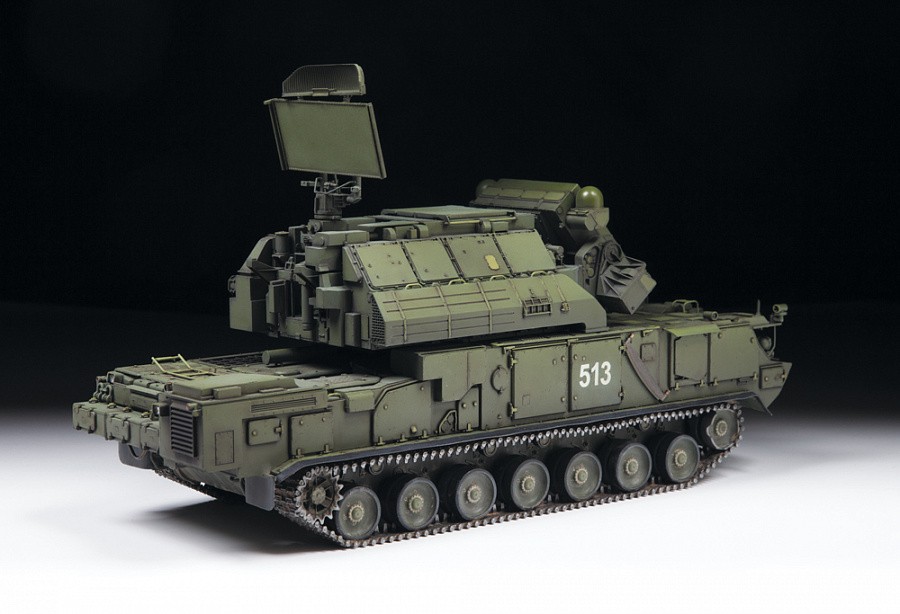 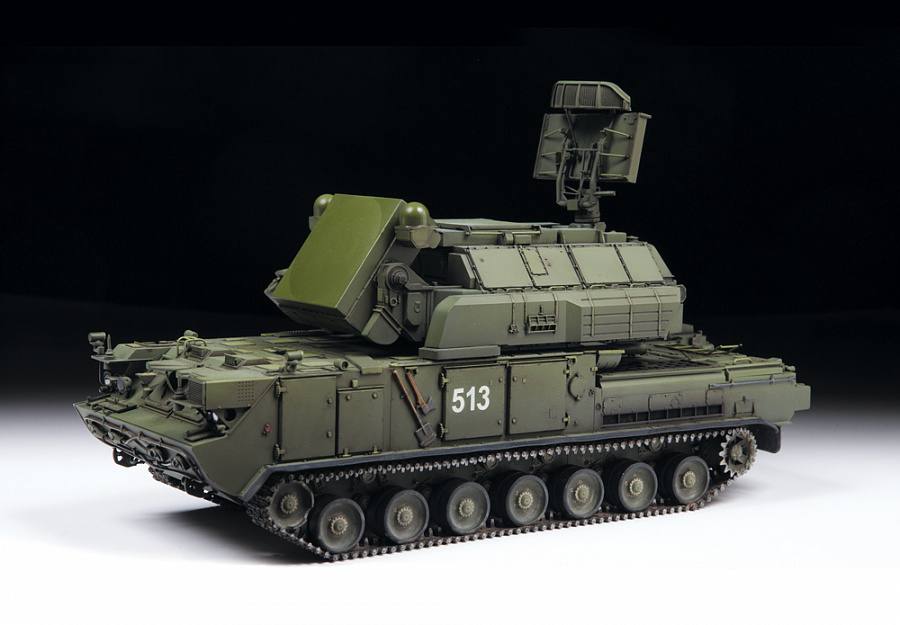 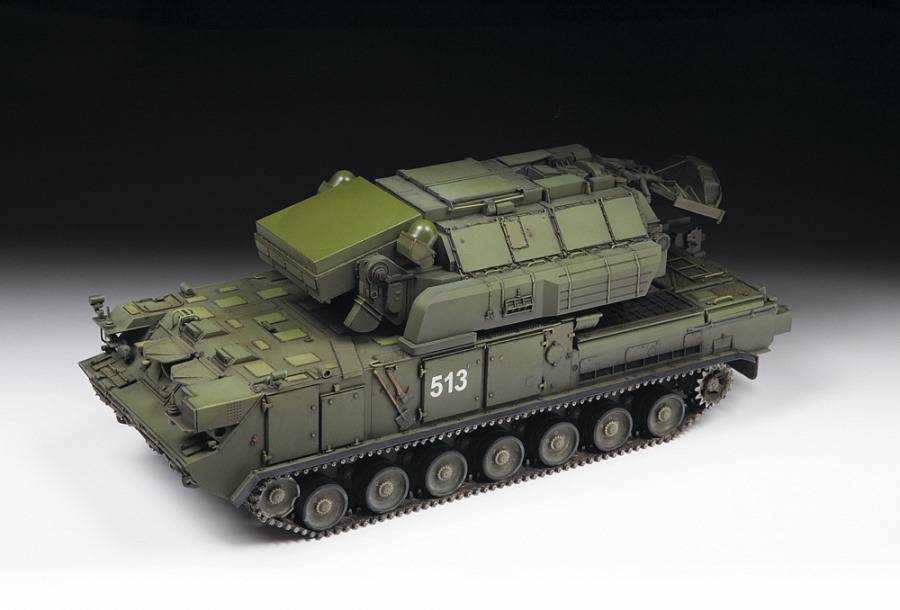 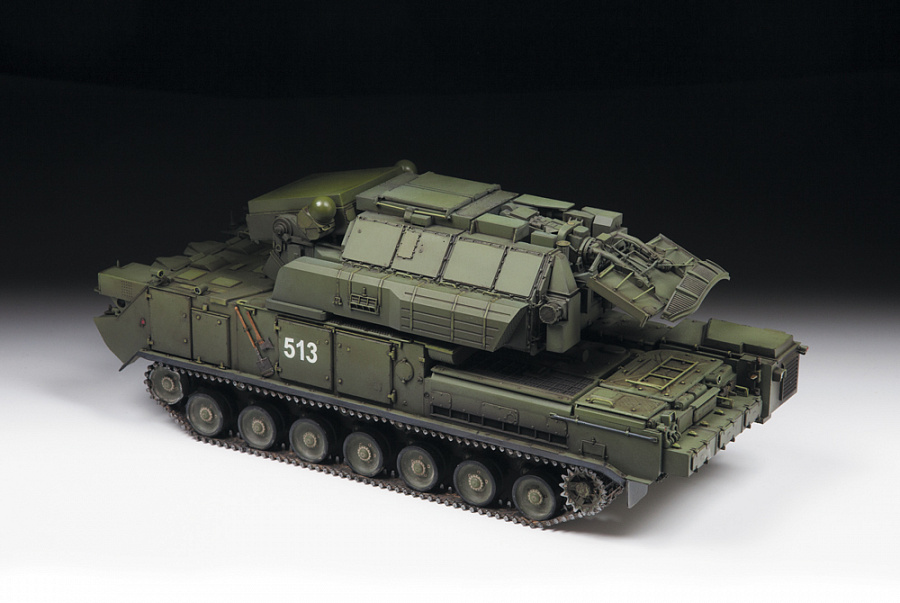 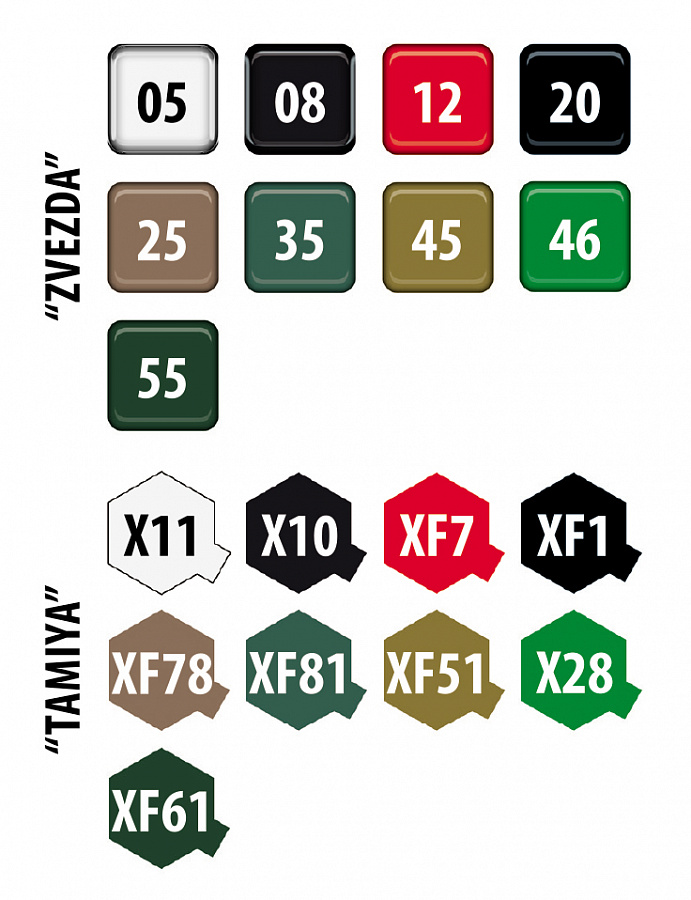 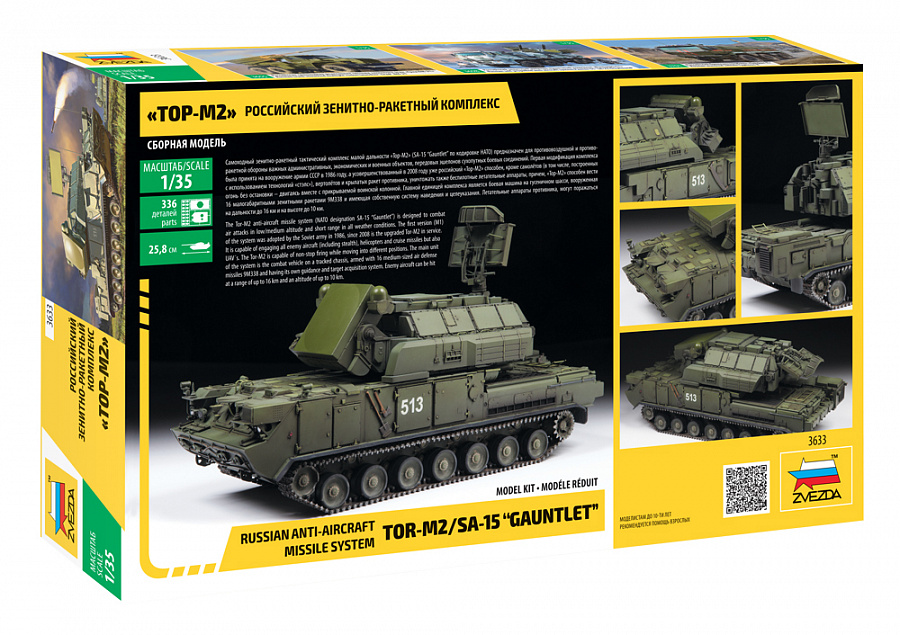 Size, cm
25,8
The Tor-M2 anti-aircraft missile system (NATO designation SA-15 Gauntlet) is designed to combat air attacks in low/medium altitude and short range in all weather conditions. The first version (M1) of the system was adopted by the Soviet army in 1986, since 2008 is the upgraded Tor-M2 in service.  It is capable of engaging all enemy aircraft (including stealth), helicopters and cruise missiles but also UAV´s. The Tor-M2 is capable of non-stop firing while moving into different positions.
The main unit of the system is the combat vehicle on a tracked chassis, armed with 16 medium-sized air defense missiles 9M338 and having its own guidance and target acquisition system. Enemy aircraft can be hit at a range of up to 16 km and an altitude of up to 10 km.