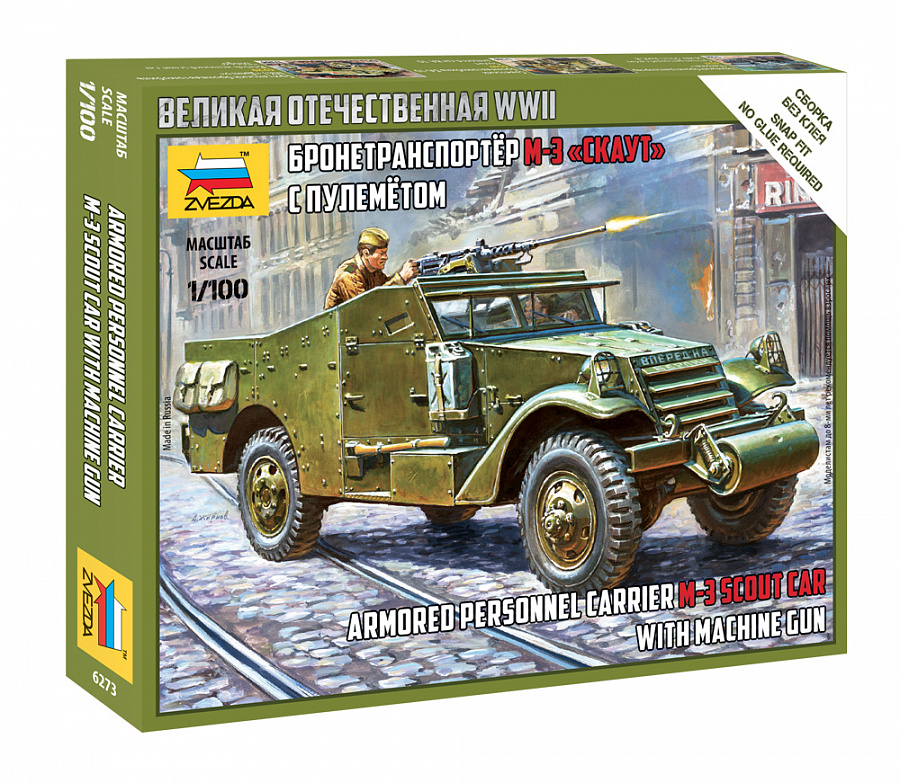 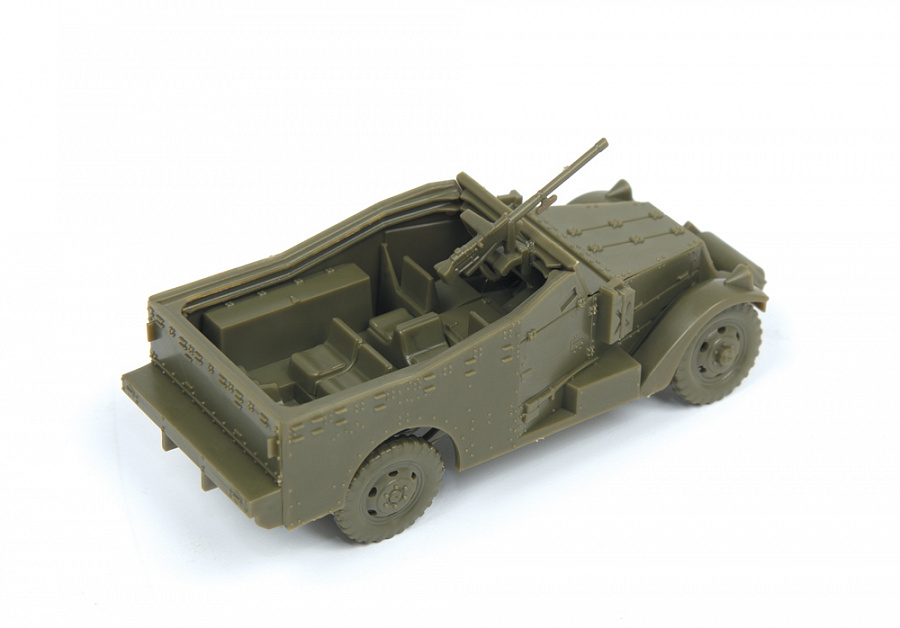 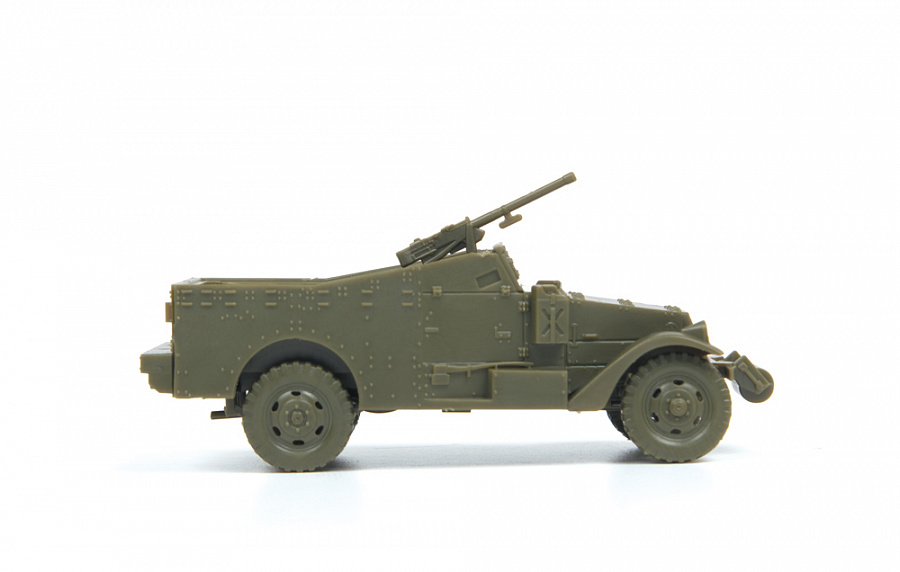 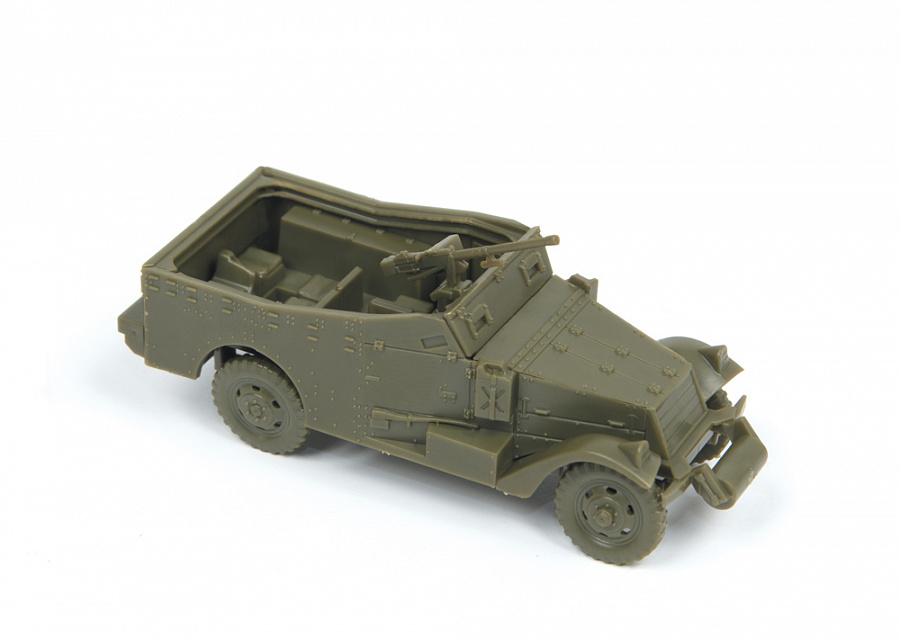 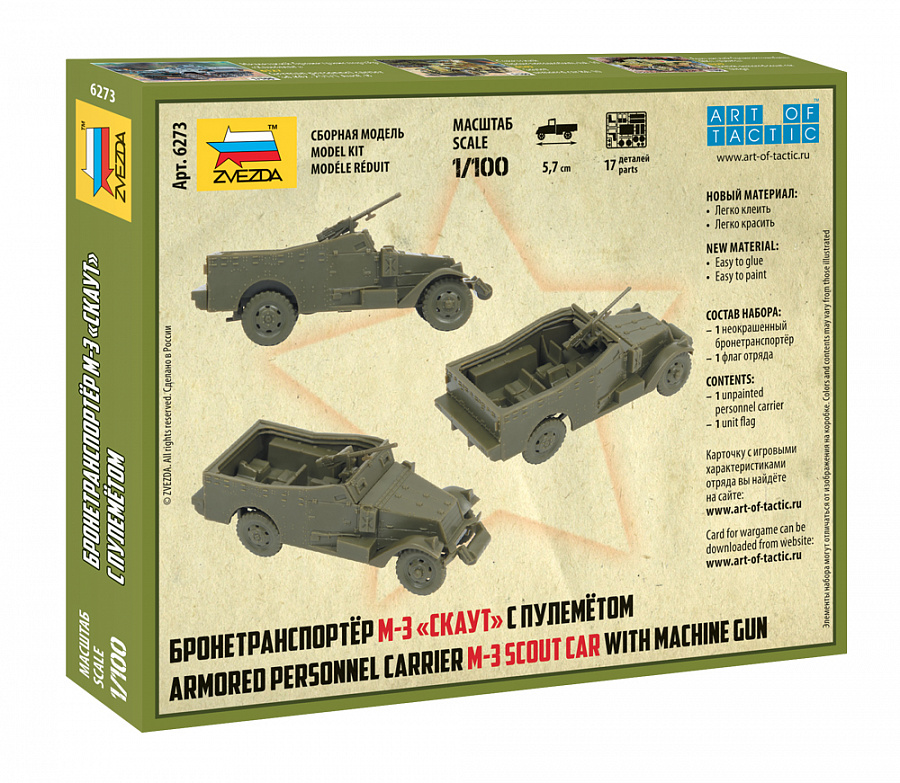 Size, cm
5,7
This lightweight armored personnel carrier was designed primarily for military reconnaissance, giving the name “Scout”.
The M-3 was actively used in World War II as a reconnaissance and patrol vehicle, light armored personnel carrier, command and control vehicle, artillery tractor or weapon carrier, usually a mortar – over 3000 were supplied to the Soviet Union under Lend Lease. The M-3 was created in 1937 in USA, mass production was conducted from 1937 to 1944, totally 20,994 trucks of this type were made. This vehicle was withdrawn from service shortly after the end of World War II, but some armies kept the M-3 until the 1990s.