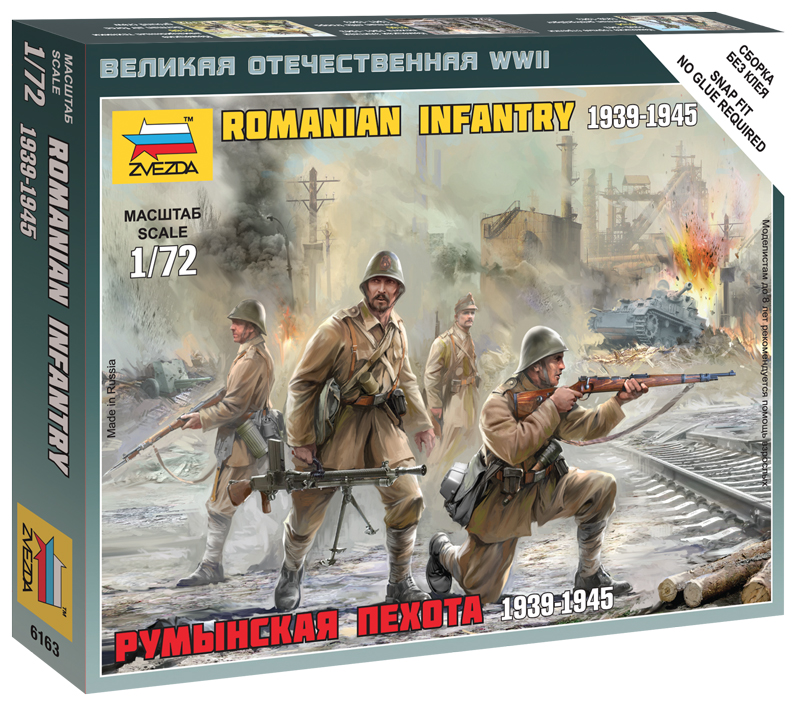 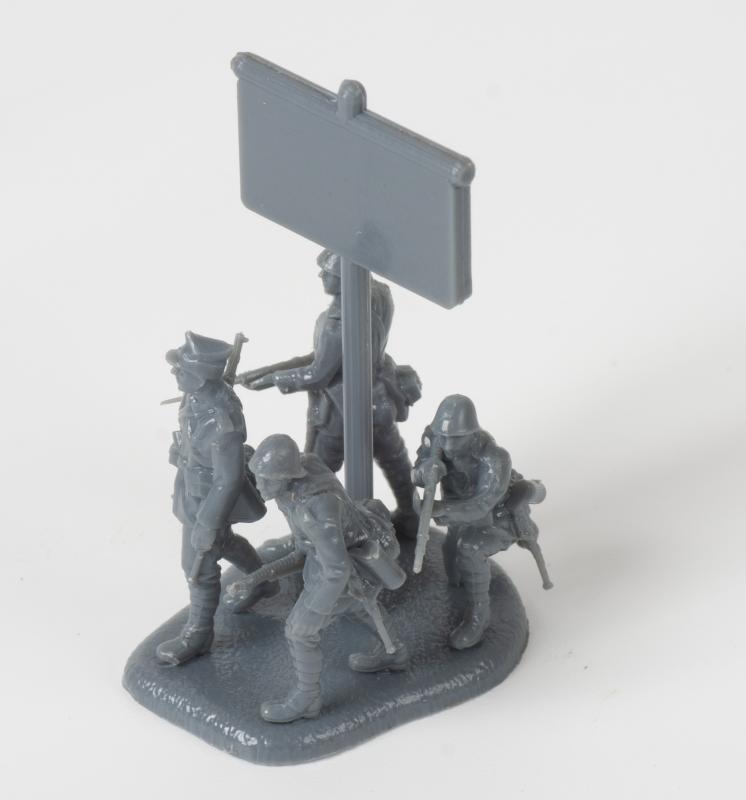 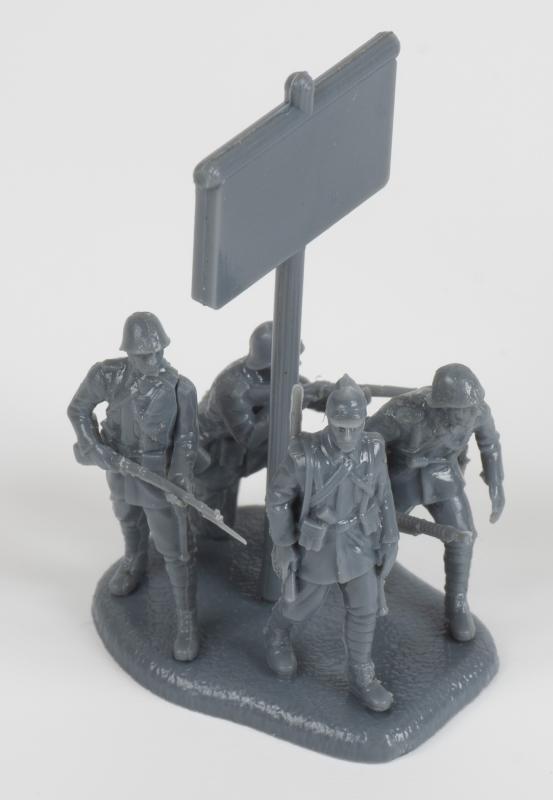 Parts
х 21
During early 1940s Romania was allied with Germany. Supporting her ally. Romania declared war on Soviet Union on June 22 of 1941. Consequently, Romanian troops saw much action during World War II on the Eastern Front. They were not as well-lead and well-equipped as their allies, and generally Romanian troops achieved less and suffered more casualties than Germans and they were often defeated if for some reason Germans failed to back them up. Contents: 4 unpainted figures - 1 unit base with flag Card for wargame can be downloaded from website: www.art-of-tactic.com