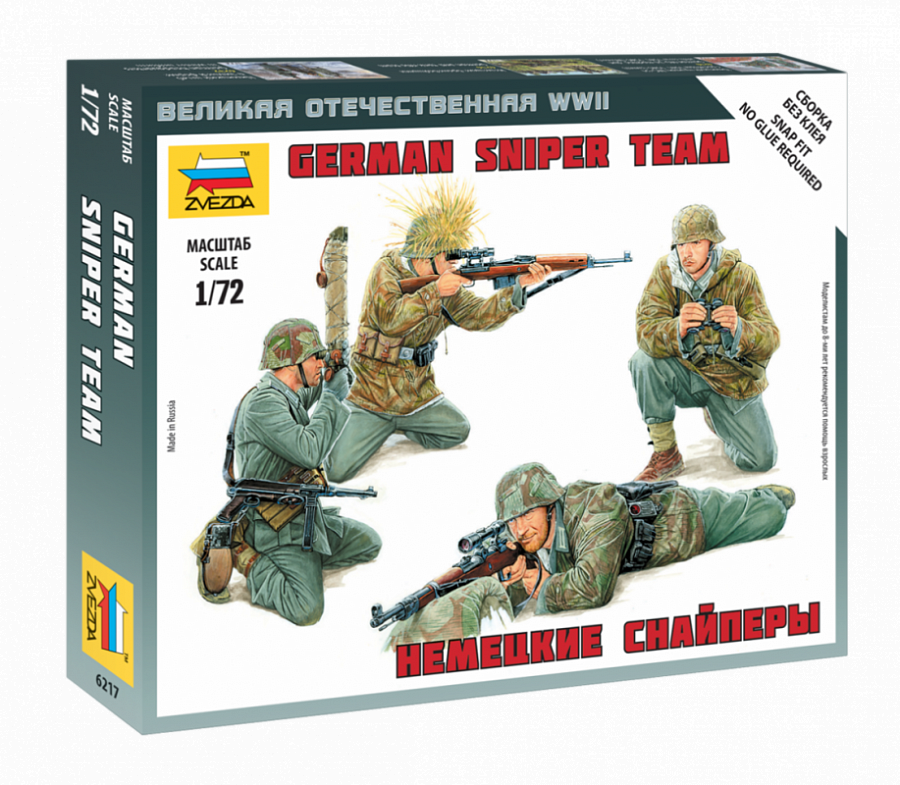 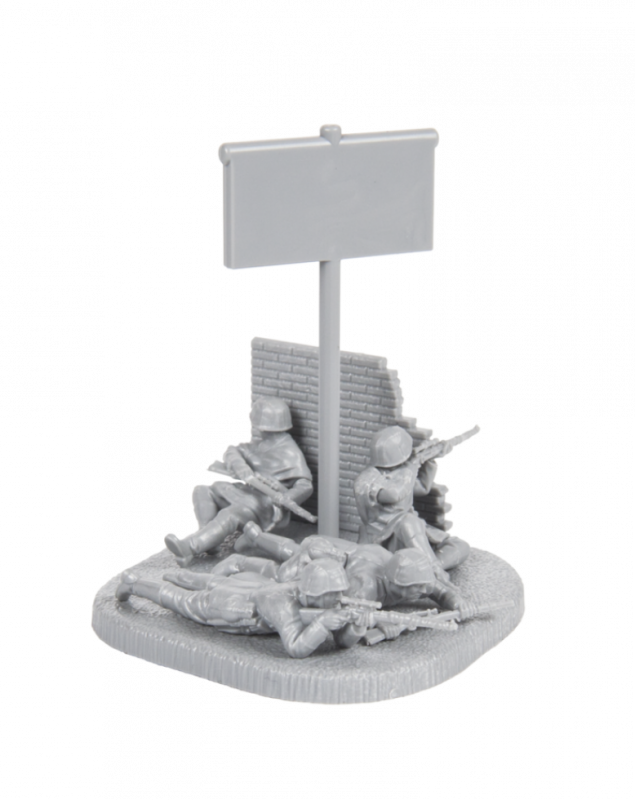 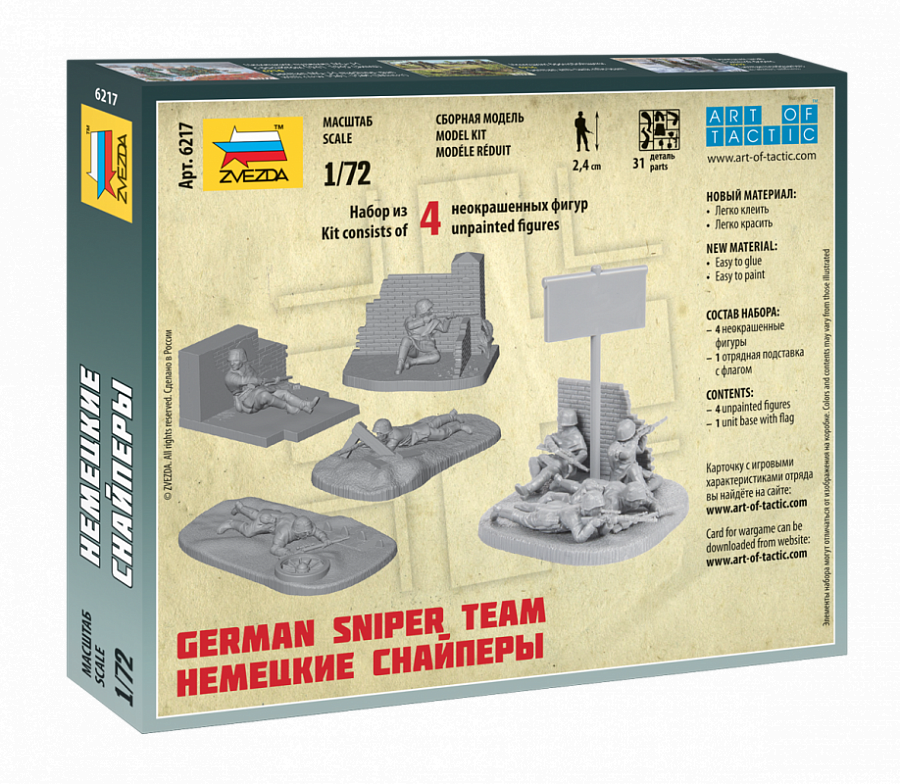 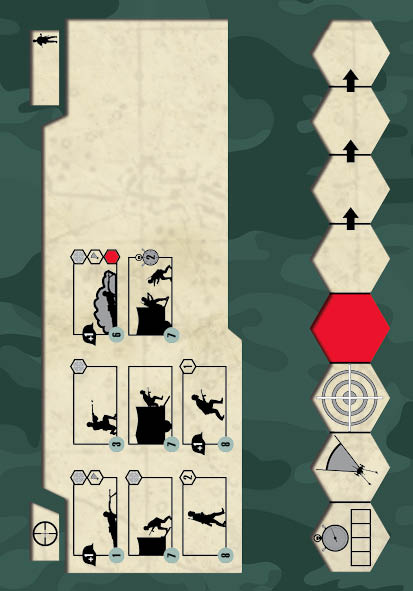 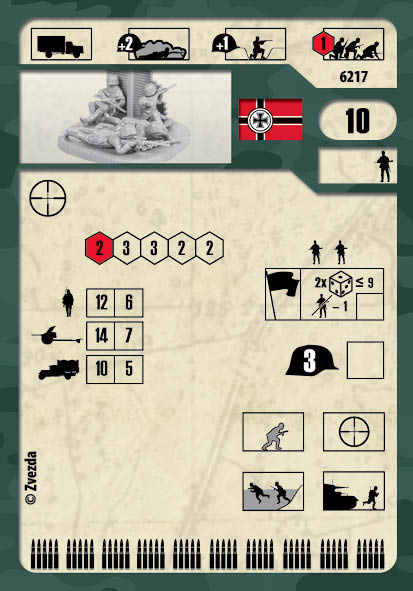 Size, cm
2.4
It is commonly known that the German Army was the first, which started to use accurate rifle fire of snipers, specially trained during time of peace for neutralizing the most important targets ' officers, couriers, standby machine gun gunners, artillery crews. By the end of WWII, German infantry had up to six sniper rifles per company. When an enemy soldier or officer exposed himself from trenches, he became an easy target for snipers . The loss of moral was extremely high. German experience of practical use of snipers for establishing long-term positions became the mpulse for developing that type of soldiers in Allies armies. Contents: 4 unpainted figures - 1 unit base with flag Card for wargame can be downloaded from website: www.art-of-tactic.com