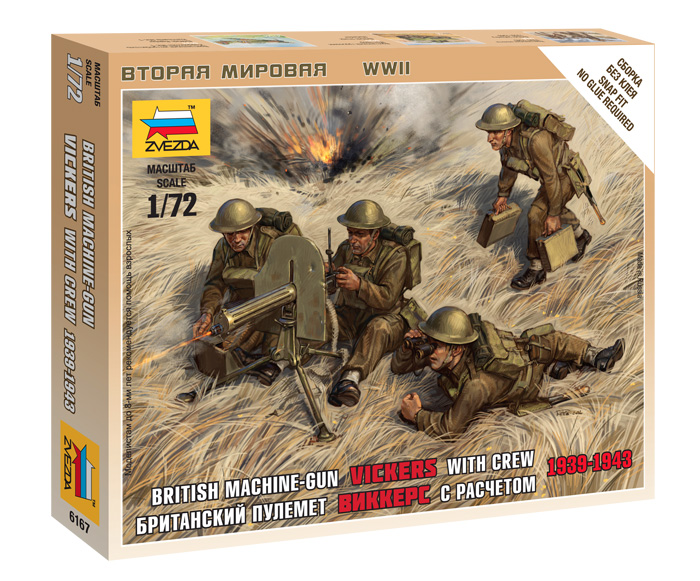 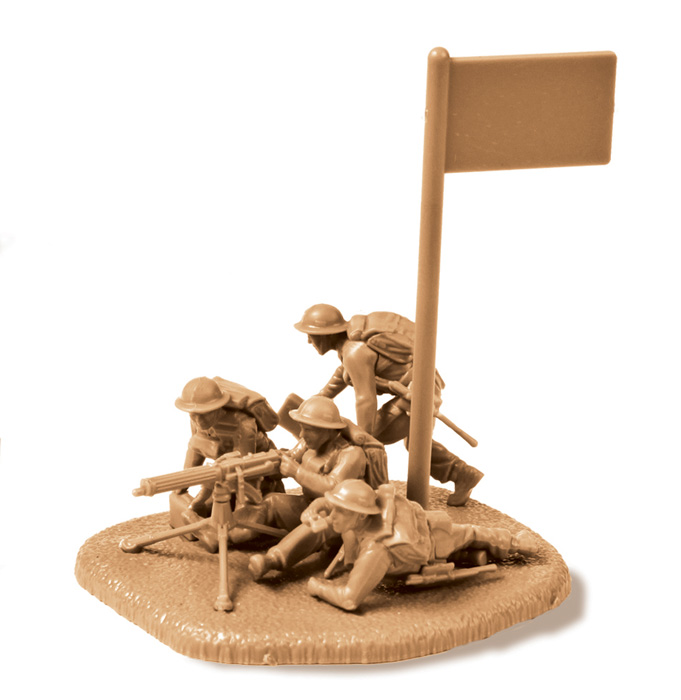 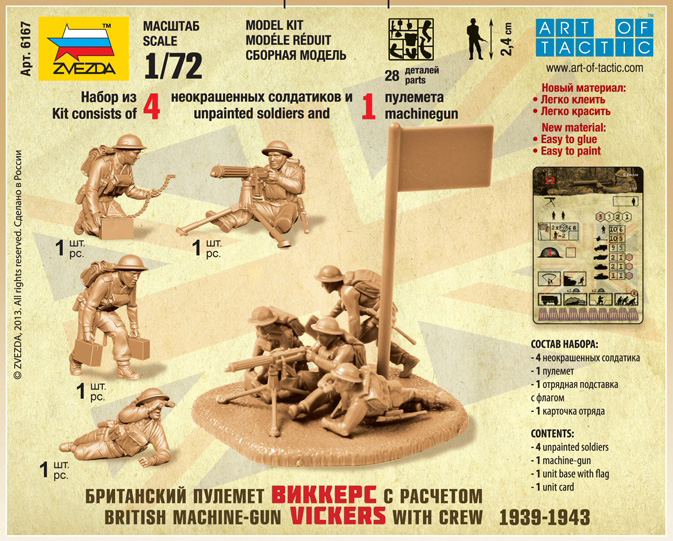 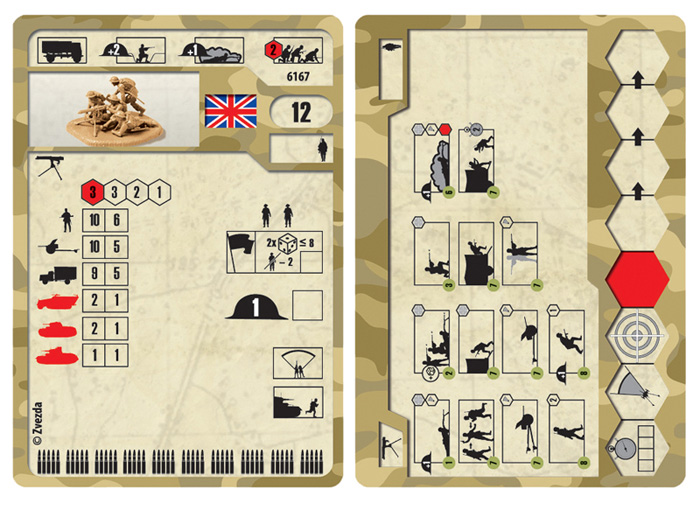 Size, cm
2,4
The Vickers machinegun was a critical component of the British army from World War I until the 1960's. Heavy and difficult to move, it was nonetheless beloved by its crew because of its excellent reliability. The Vickers gun was an improved version of the earlier Maxim machinegun. It used a water-based cooling system to prevent the barrel from overheating, which allowed it to fire as many as 10,000 rounds in an hour. During World War II, the Vickers machine-gun was typically fielded in a separate medium machinegun platoon. Each platoon would typically include four guns, each with its own crew and a small group of riflemen, who were responsible for protecting the gun from enemy attack. The riflemen would also serve as ammunition bearers, carrying bullets to keep the guns firing. Contents: 4 unpainted soldiers 1 machine-gun - 1 unit base with flag - 1 unit card