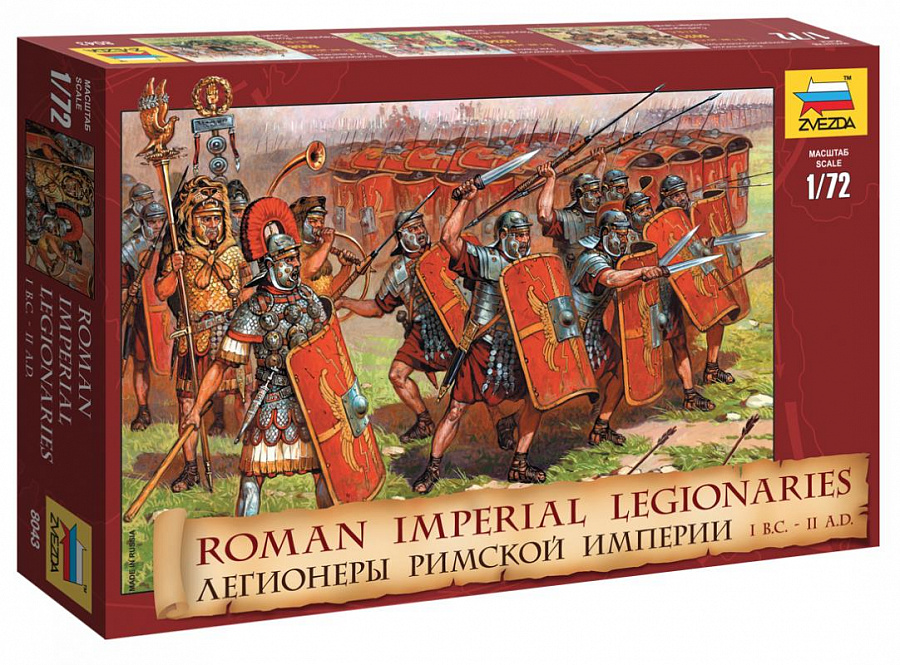 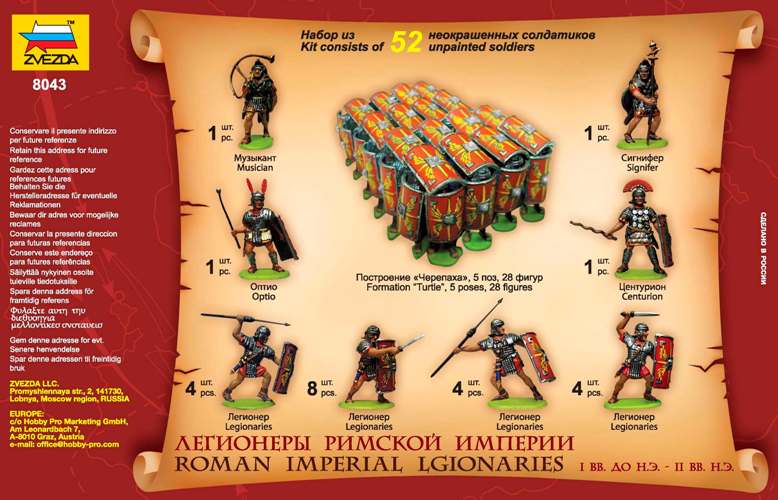 Size, cm
2,4
The Roman army was the most organized and best trained army throughout the Ancient World. This advantage allowed the Romans to control virtually all the territory of the world known in those times: the whole Mediterranean coast, the greater part of Central Asia, North Africa to the extent of the desert, all Europe through the Rhein and the Danube in the east and Britain in the north-west. Generally, the Roman legionaries were equipped with short double-edged swords: Gladiuses and javelins: Pila. The special role of a legionary's weapon played a shield: although pretty ponderous it was rectangular in shape and during sieges soldiers could draw up in a tortoise-like formation called a Testudo or “tortoise” formation. In the closed Testudo, the front row of legionaries placed their shields in front of them, soldiers in the middle placed their shields over their heads and the flank soldiers completed the tortoise on the left and the right flanks respectively. This arrangement formed a very solid protective turtle-shell of shields. In such a formation legionaries were practically invulnerable to arrows and javelins.