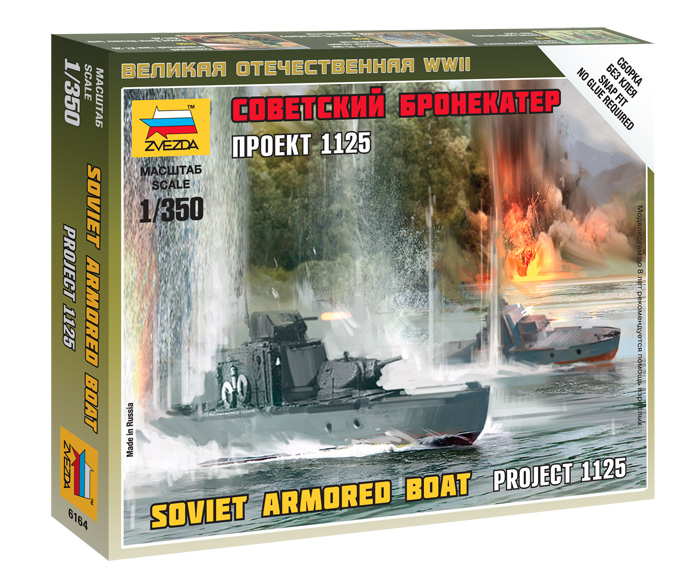 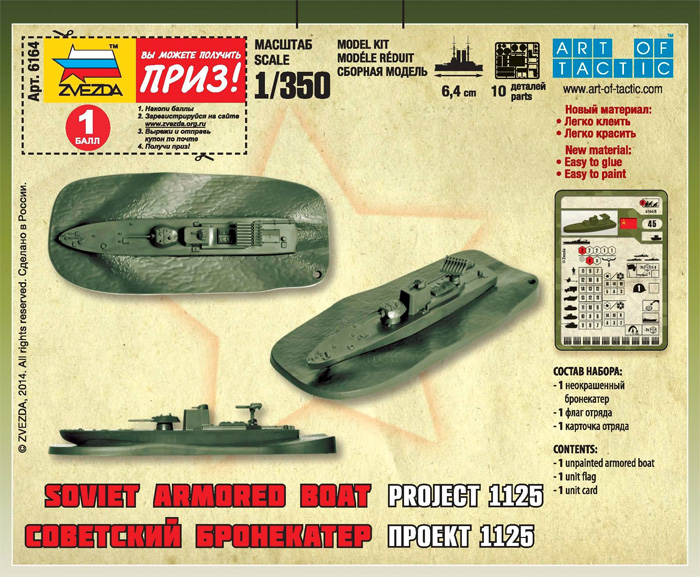 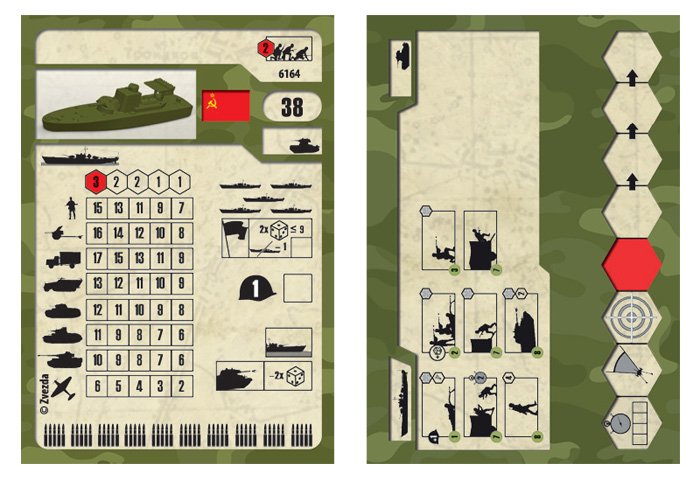 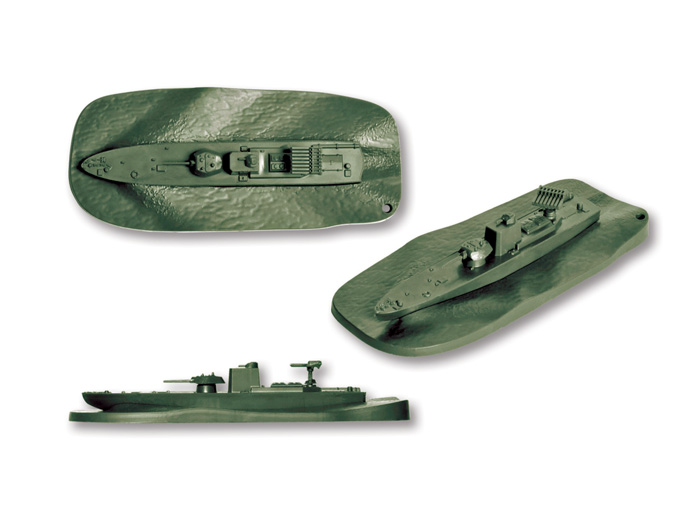 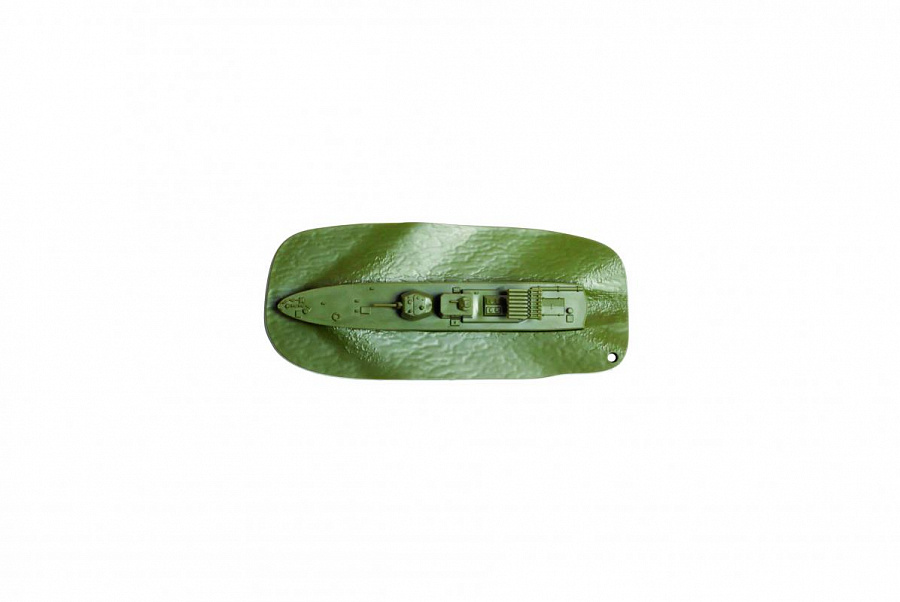 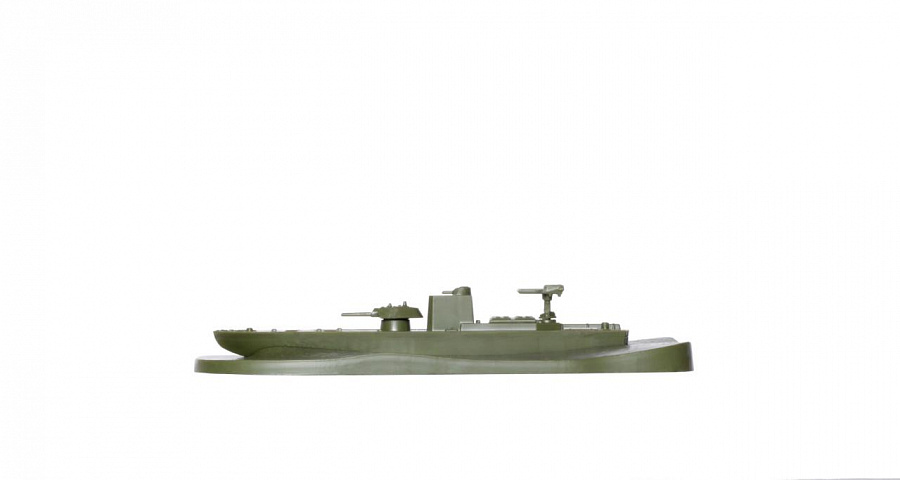 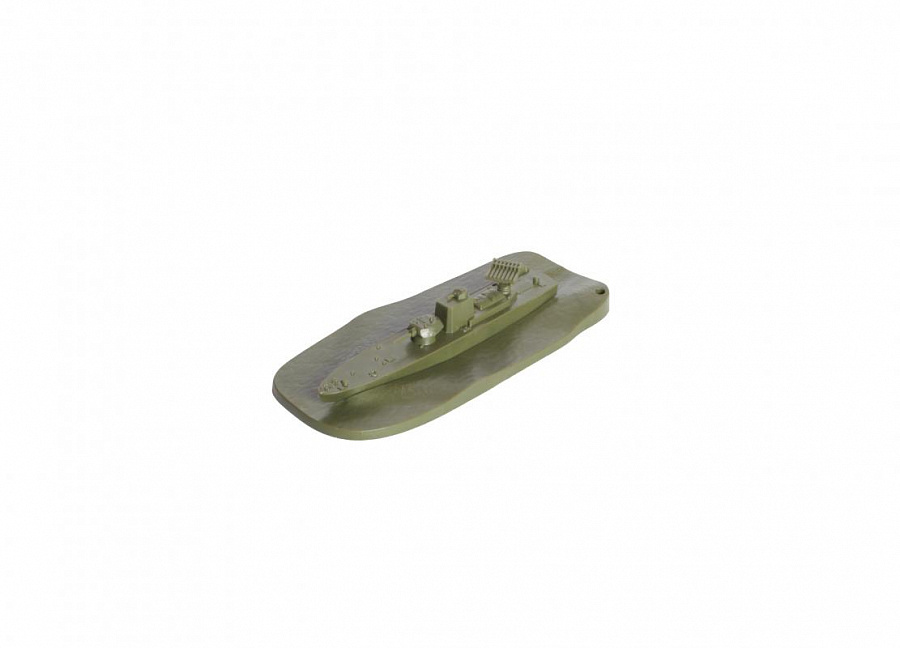 Size, cm
6,4
In 1934, the Gorky assembly plant received orders to produce a line of armored river boats: Projects 1124 and 1125. Over the next ten years, more than 100 of these boats would be built, featuring a variety of weapons. Most boats were equipped with modified tank turrets, such as the 76mm gun from the T-28. Thanks to their extremely shallow draft, they could navigate any major waterway in the western Soviet Union. These patrol boats proved a difficult challenge to the Axis invaders, in particular along the Danube River. These boats were powered by a pair of 800 horsepower engines, giving them a top speed of about 19 knots. They were protected by as much as 20mm of armor and were armed with multiple weapon turrets. This version of a Project 1125 boat has a T-28 tank turret, a smaller machine gun turret, and a multiple rocket launcher mounted in the rear of the boat. Contents: 1 unpainted armored boat - 1 unit flag - 1 unit card