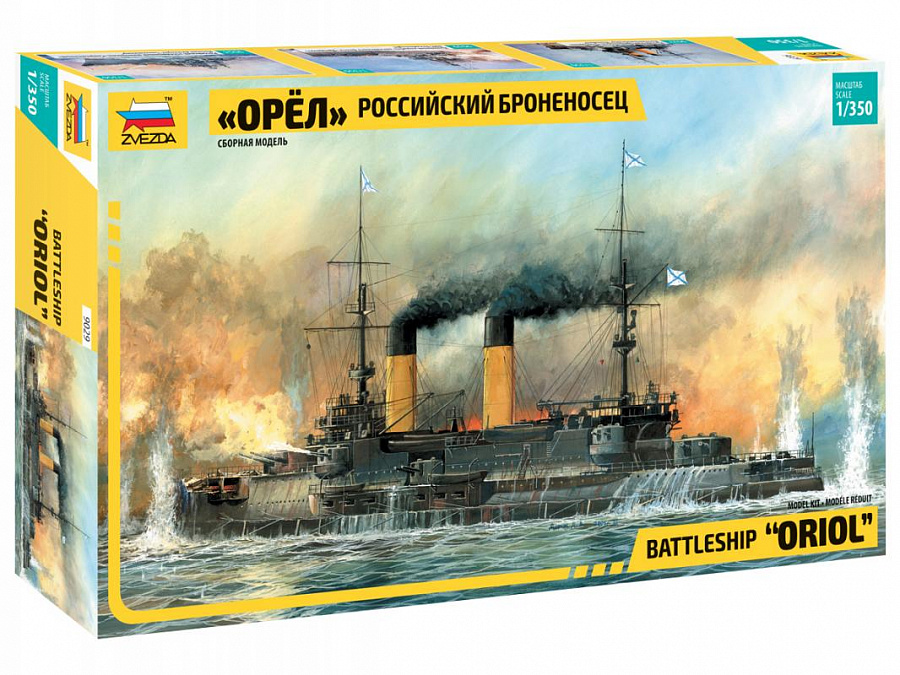 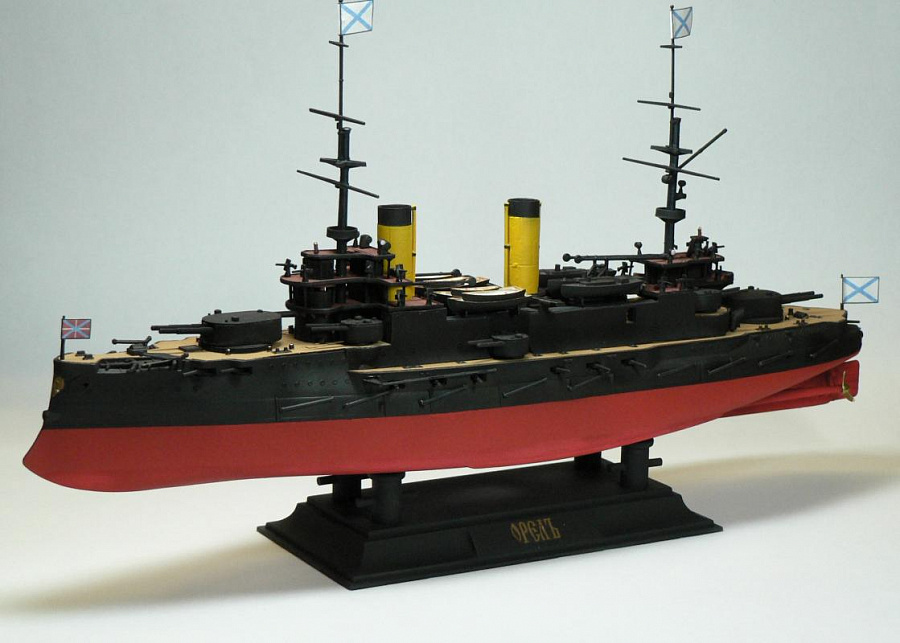 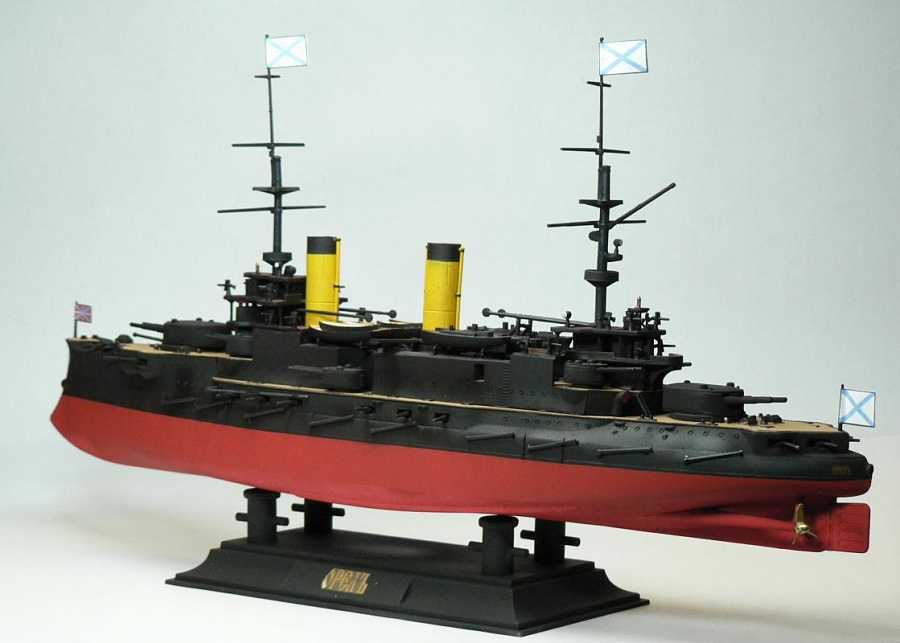 Size, cm
34,5
The "Oriol" was one of the most powerful and perfect ships at the start of the 20th century. The ship's armament consisted of four 305-mmguns, twelve 152-mm gun sand more than forty 47-75-mm guns. In the course of preparation for the Far East campaign, the "Oriol" was equipped with optic sights for75-305mm guns, range-finder sand "wireless telegraphy" stations. On 14th of May 1905 the battleship took part in the Tsushima naval battle against the Japanese fleet as a part of the Russian 2nd Pacific squadron.
9029_Oriol_instr.pdf
Download
Viewed Items