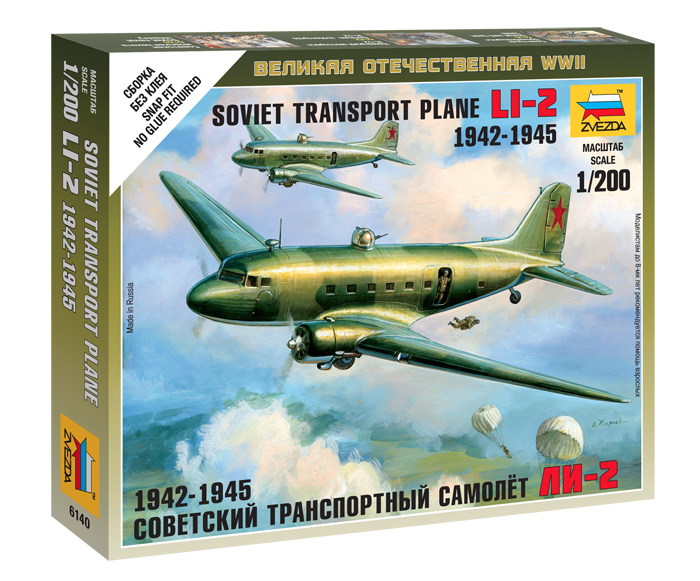 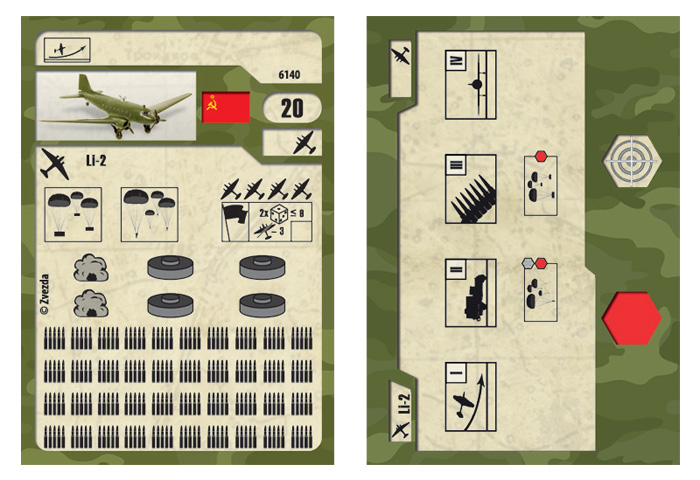 Size, cm
9,7
Based on the Douglas DC-3, the Lisunov Li-2 was produced under license starting in 1936. Soviet aviation engineers made more than 1200 design changes to the plane when he converted the Douglas plans for Soviet use. Before the German invasion, the plane (the civilian version was known as the PS-84) was flown as a commercial passenger plane. But when the war arrived, many of these planes were converted to military use under the direction of Boris Pavlovich Lisunov and equipped with defensive weapons. Almost 5,000 Li-2s were constructed during the war, with a number of variants that allowed them to serve as troop transports, cargo haulers, reconnaissance planes, paratrooper transports, and even as night bombers. For defense, they were typically equipped with three 7.62 machine guns and a 12.7mm machine gun. The plane could fly at speeds up to 300 kilometers per hour over a range of 2500 kilometers. Contents: 1 unpainted airplane 1 base - 1 unit card