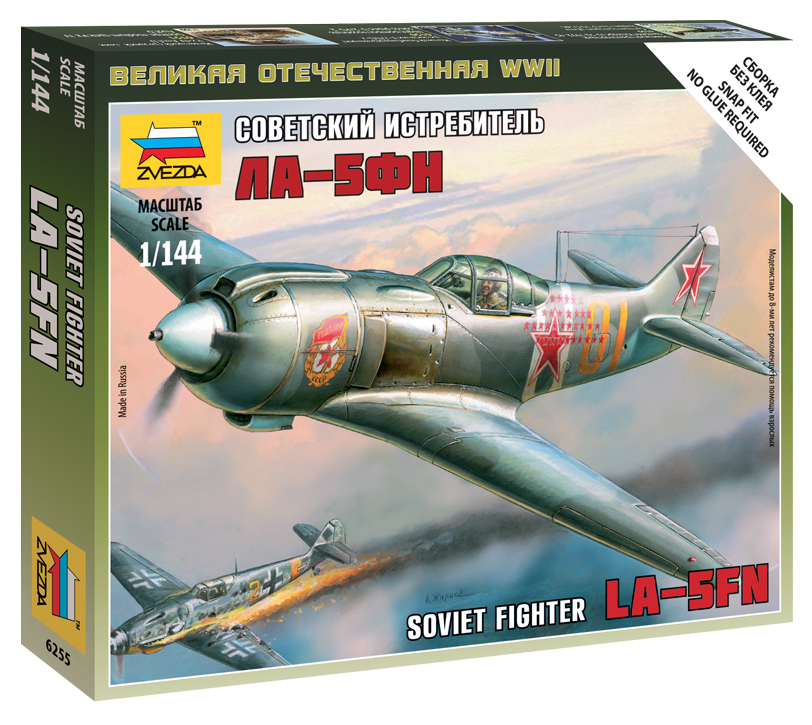 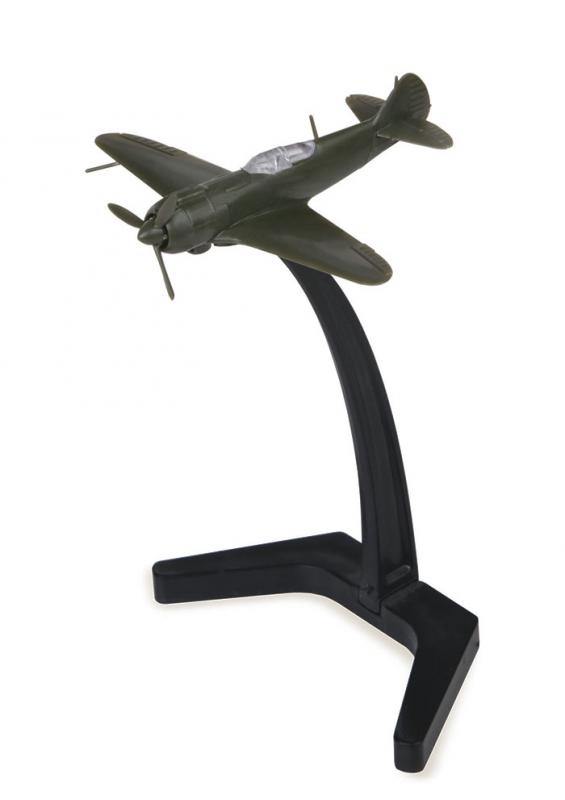 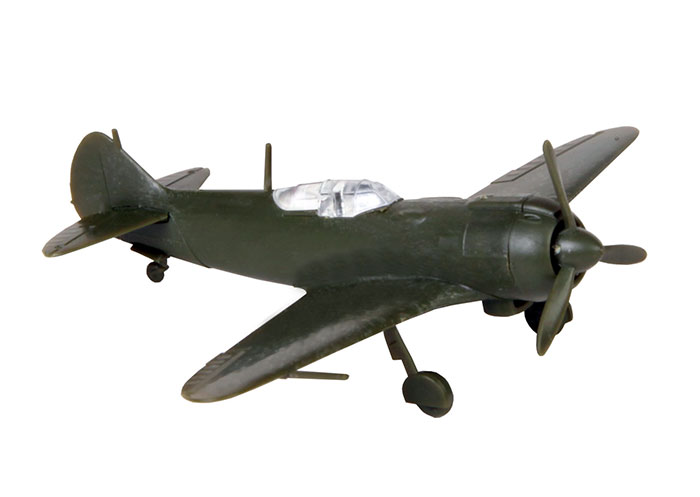 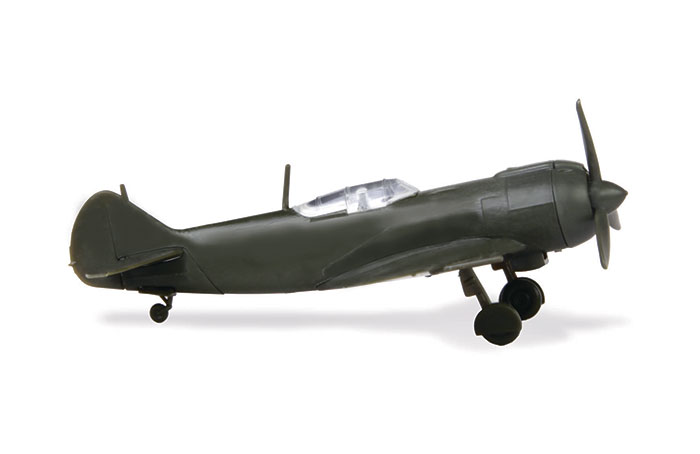 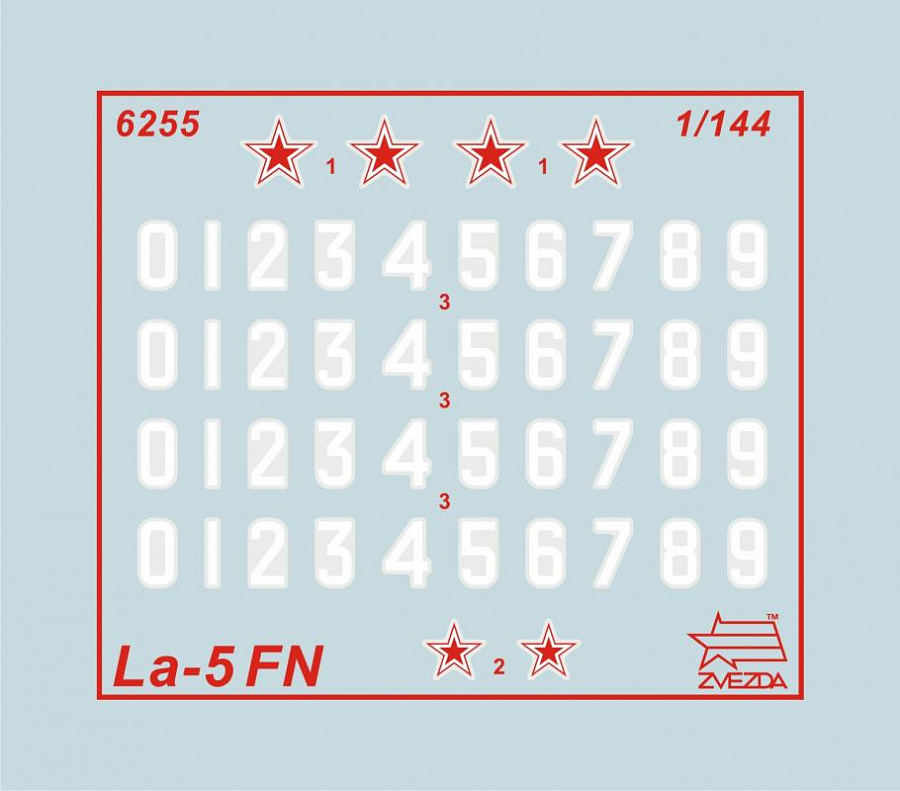 Size, cm
6,0
During 1941 Soviet command came to conclusion that their principle fighter - LaGG-3 - was no match for German fighters. Several Soviet design bureaus were ordered to make a better plane. By the spring of 1942 the plane designed by Lavotchkin's design bureau was ready. During the following months the plane was tested and its serial production was launched. In July of 1942 the first planes of these type, called 'La-5', arrived to the frontlines. La-5 was praised by Soviet pilots. Several Soviet aces piloted these fighters, including Ivan Kozhedub and Aleksei Maresiev. Contents: 1 unpainted airplane 1 aircraft stand Card for wargame can be downloaded from website: www.art-of-tactic.com