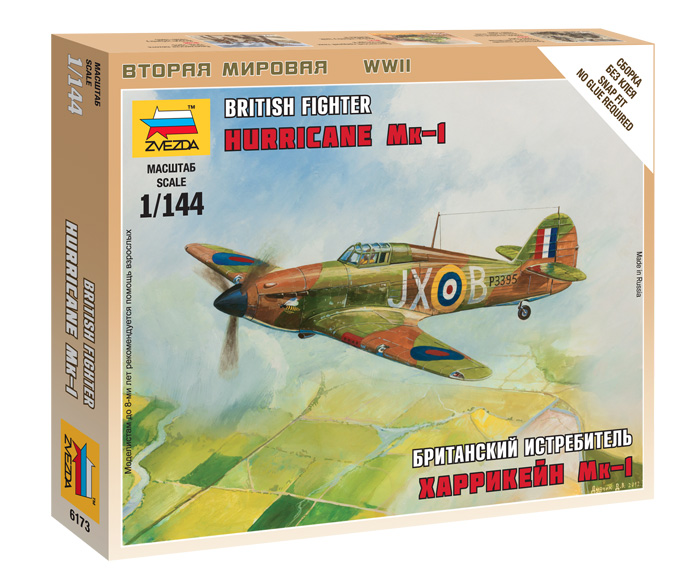 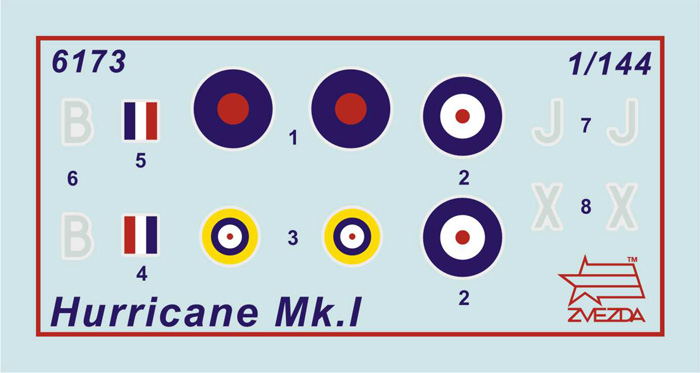 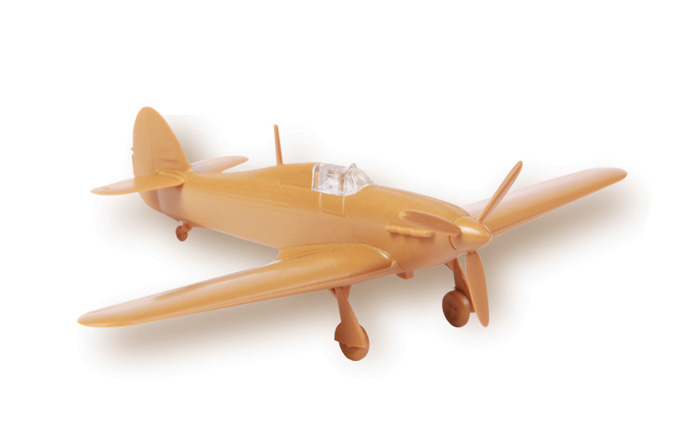 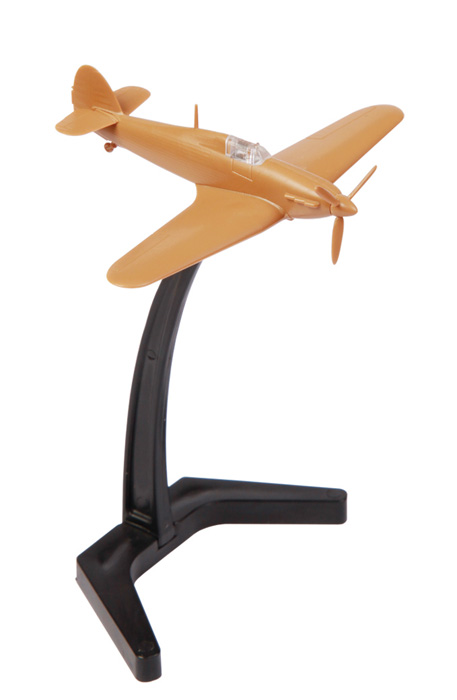 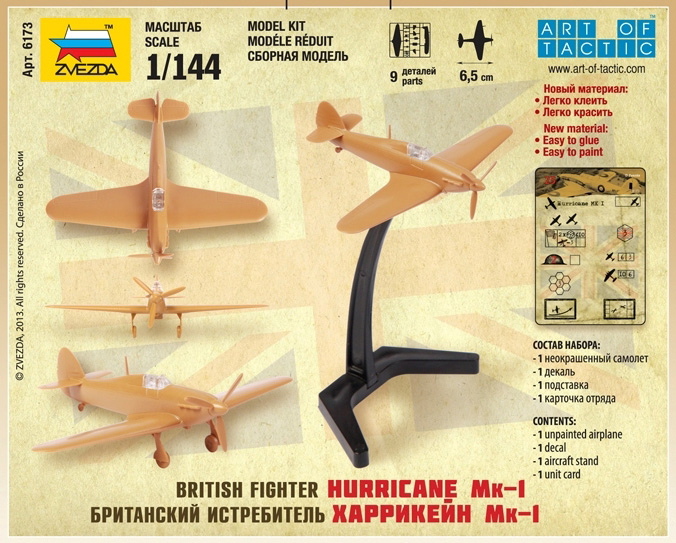 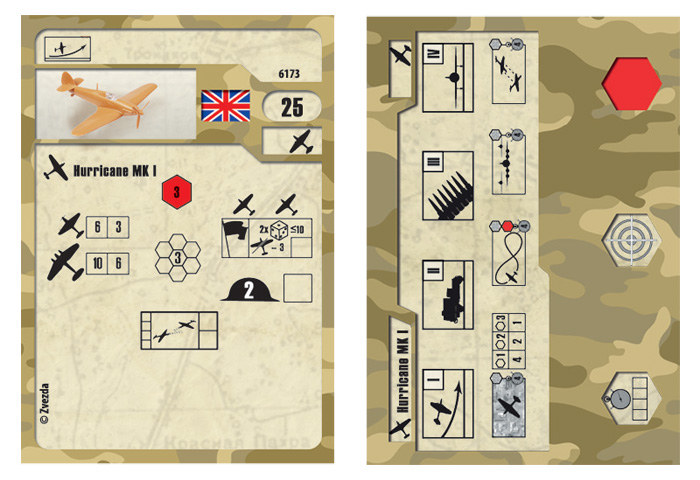 Size, cm
6.5
The Hawker Hurricane was the main British interceptor at the beginning of World War II. Over 14,000 of these planes would be built by the end of the war, and they would serve the Empire in every major theater. The Hurricane was a versatile fighter, serving as bomber escorts during the Battle of France and defending England during the Battle of Britain. Later in the war, the Hurricane was superseded by other designs (most notably the famous Spitfire), though it continued to see use as a ground attack fighter-bomber. Production of the Hawker Hurricane ceased in 1944. The Hurricane Mk-I was the first production model of the airplane. It had fabric-covered wings and body, sported eight .303 machine-guns, and was powered by the famous Rolls-Royce Merlin engine. The sturdy and reliable plane had a maximum speed of about 330 mph (550 km/h) and a range of 480 miles (772 km). Contents: 1 unpainted airplane 1 base - 1 unit card 1 decal