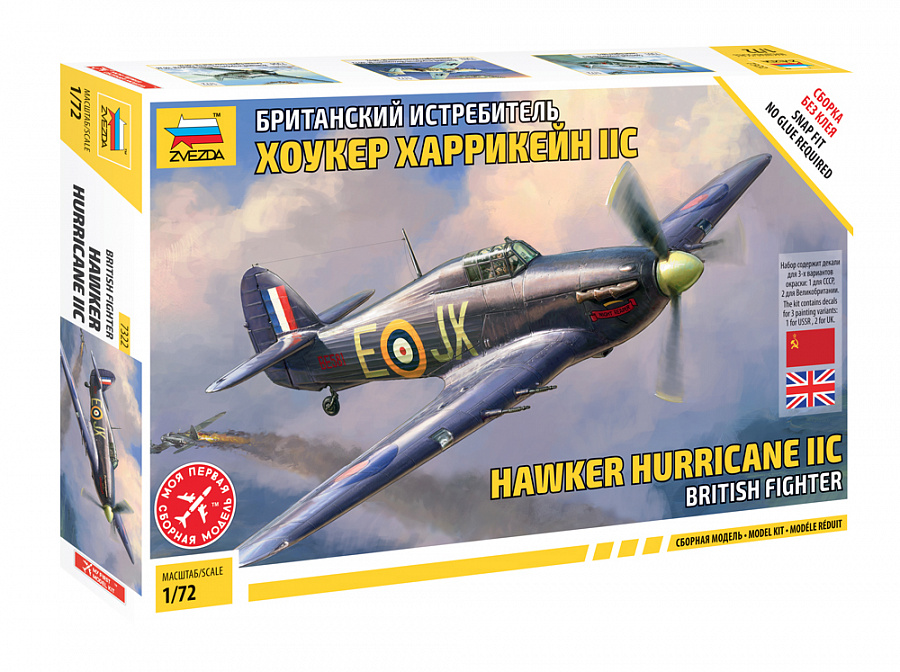 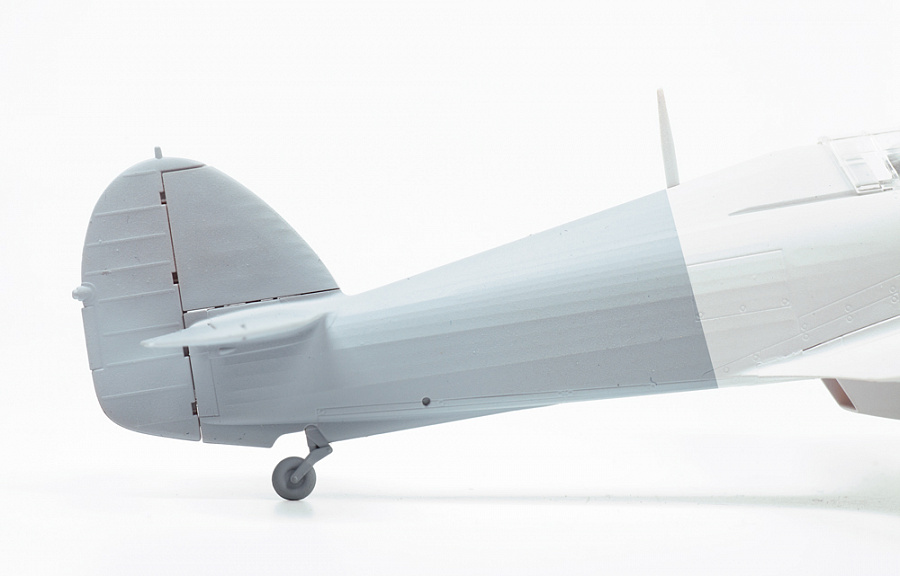 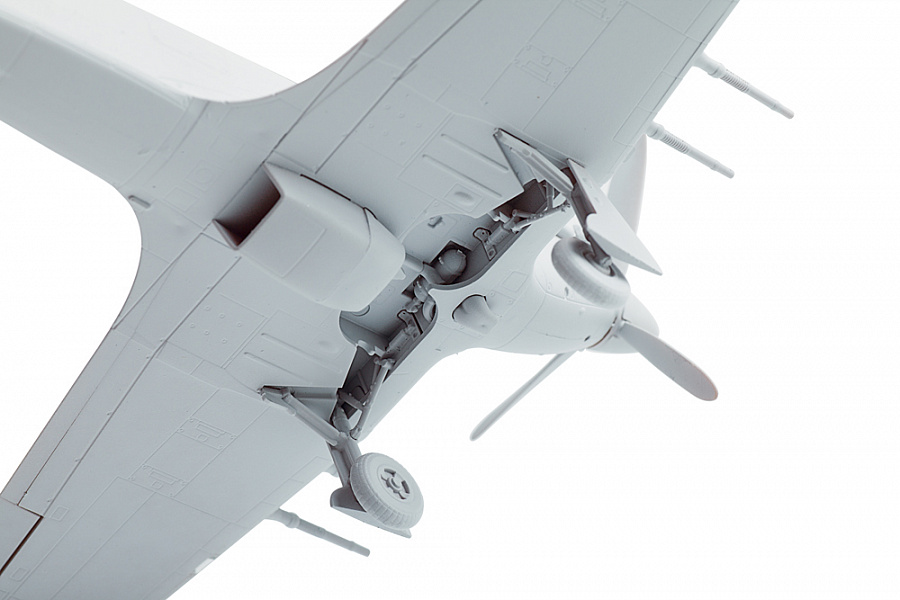 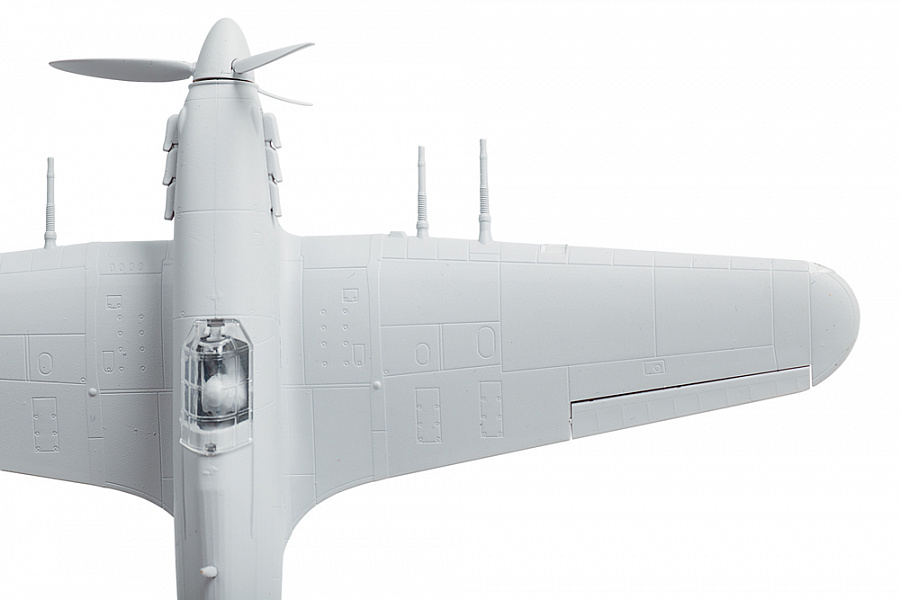 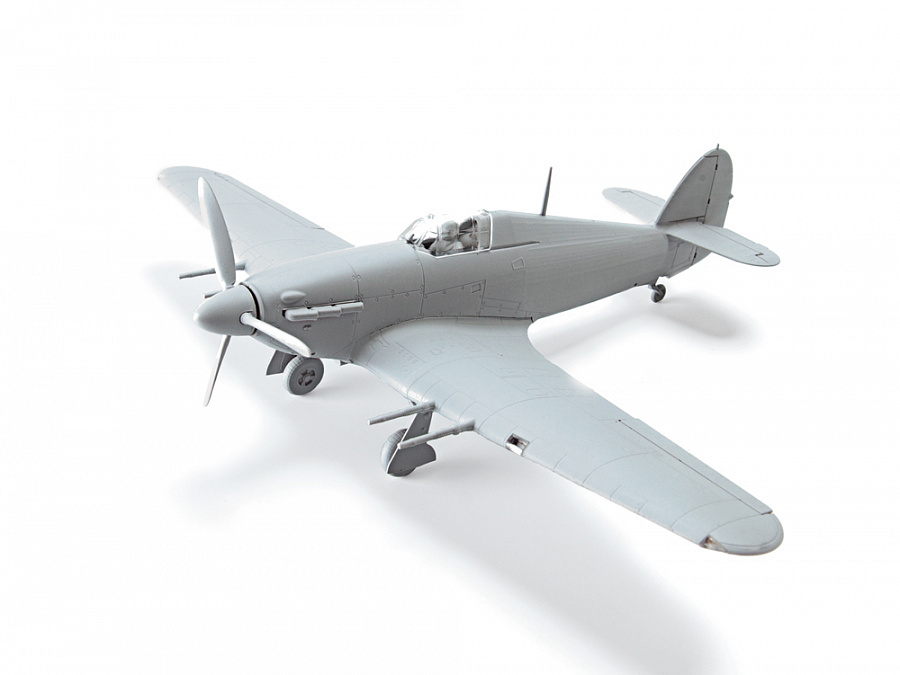 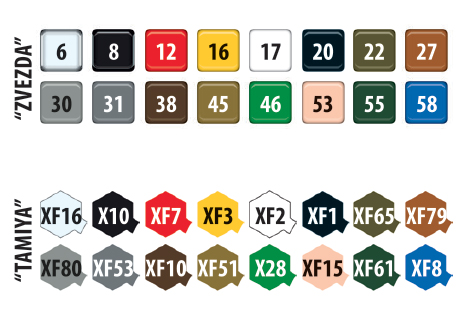 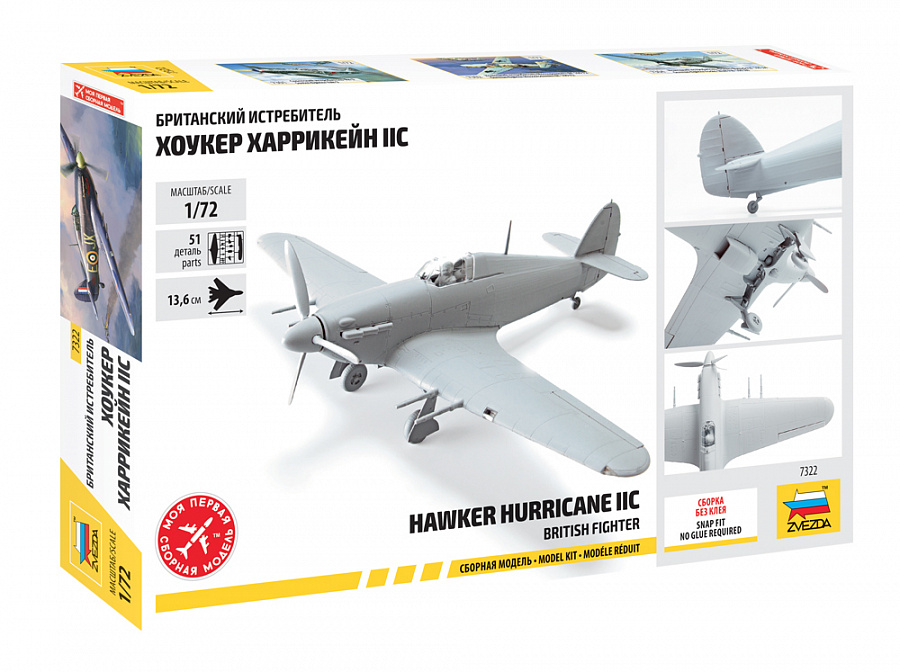 Size, cm
13,6
The British fighter Hawker Hurricane Mk IIC, which carried four 20-mm Hispano cannons in its wings, was produced from May 1941 until 1944, and became the most popular of all Hurricanes - 4,711 of them were built.
When the Battle of Britain started, the Hurricane was inferior in performance to modern German fighters, so the IIC was used mainly as night fighter or as a ground attack aircraft. Its powerful cannon armament, combined with bombs or rockets under the wings, made it possible to destroy ground targets effectively and attack small ships at sea.
Hurricanes Mk IIC fought in Europe and North Africa and nearly 1200 planes were supplied to the USSR under the Lend-Lease Treaty.