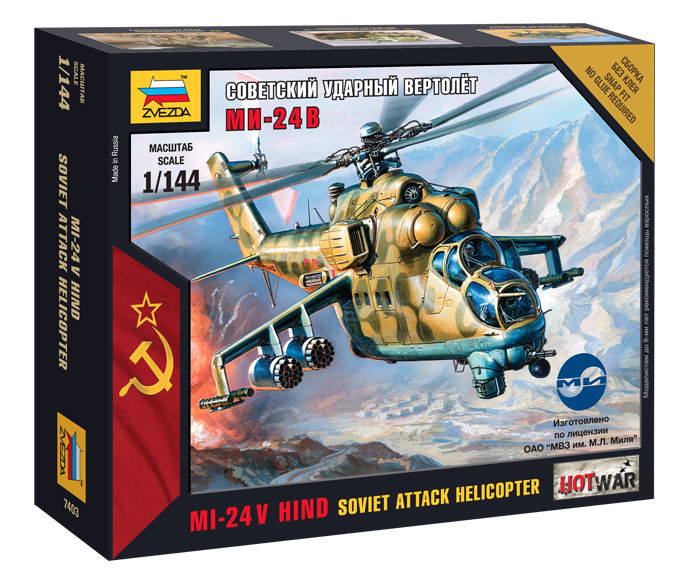 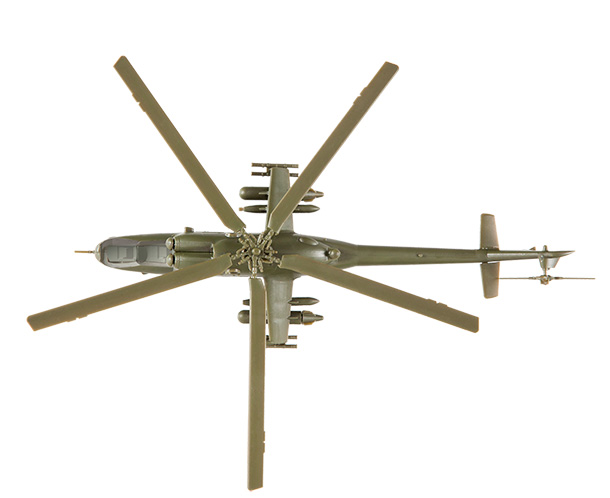 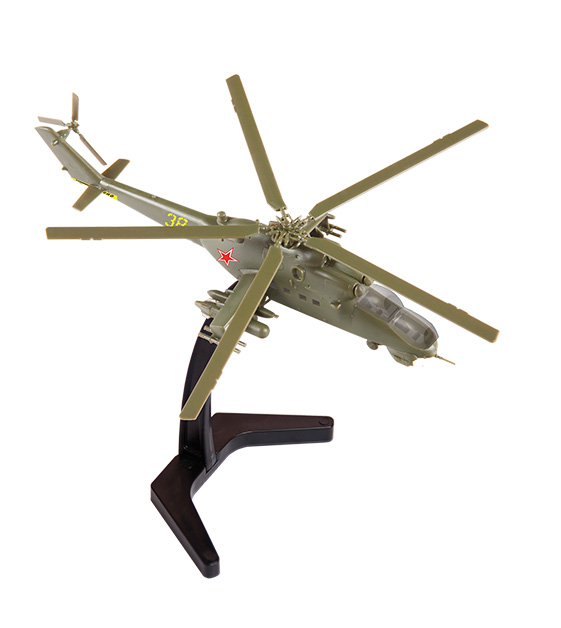 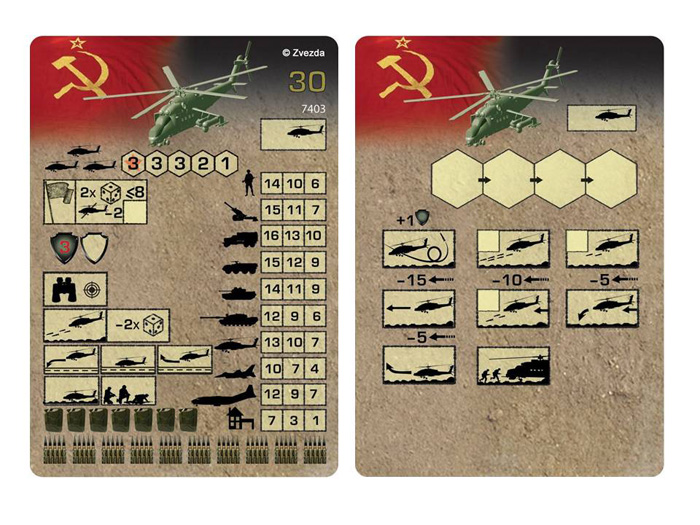 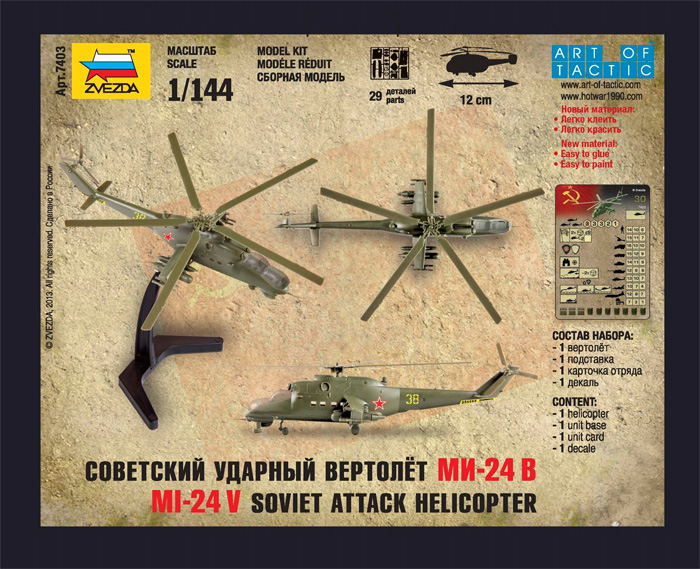 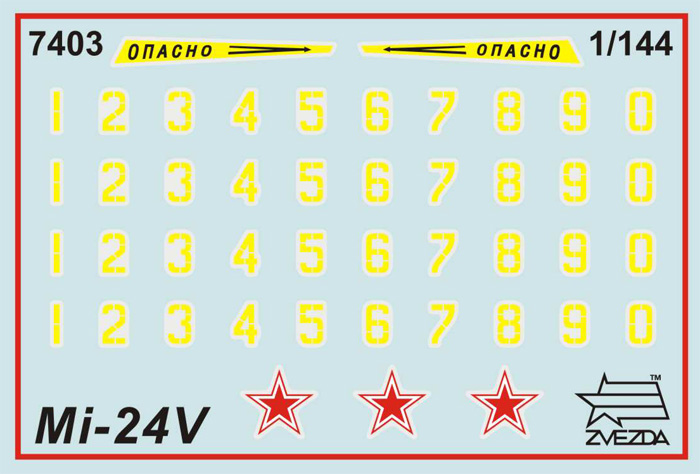 Size, cm
12
The Mil MI-24 is a large helicopter gunship and low-capacity transport manufactured at the Mil Moscow Helicopter Plant. It was given the nickname Hind by NATO, and has been in operation since 1972 for the Soviet Union and more than 30 other countries. Soviet pilots called the MI-24 the flying tank because of its formidable armor and weaponry. This versatile vehicle could be used as a transport, carrying up to eight soldiers, though frequently it would be used in a strictly fire support role. MI-24s could be equipped with a variety of weapons as needed for close air support, anti-tank, or aerial combat operations thanks to the six hard points mounted on its stub wings. The Hind was built for speed, with a top speed of 200 mph and a range of 100 miles. Contents: 1 helicopter 1 unit base - 1 unit card 1 decal