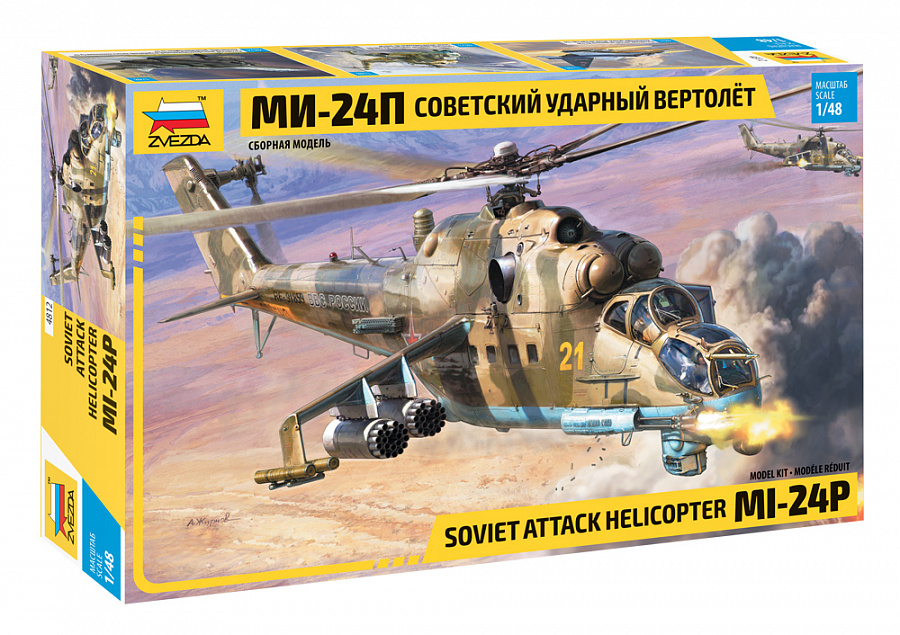 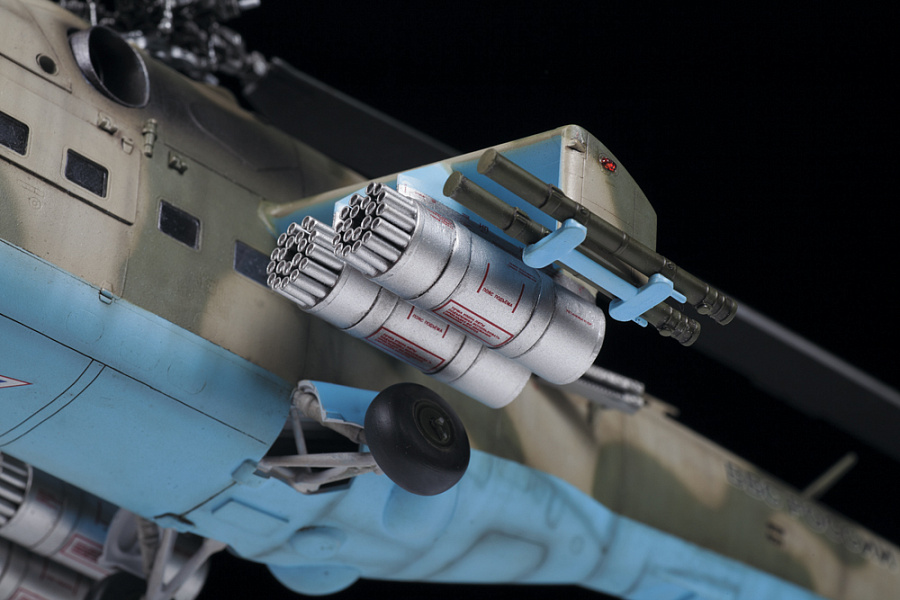 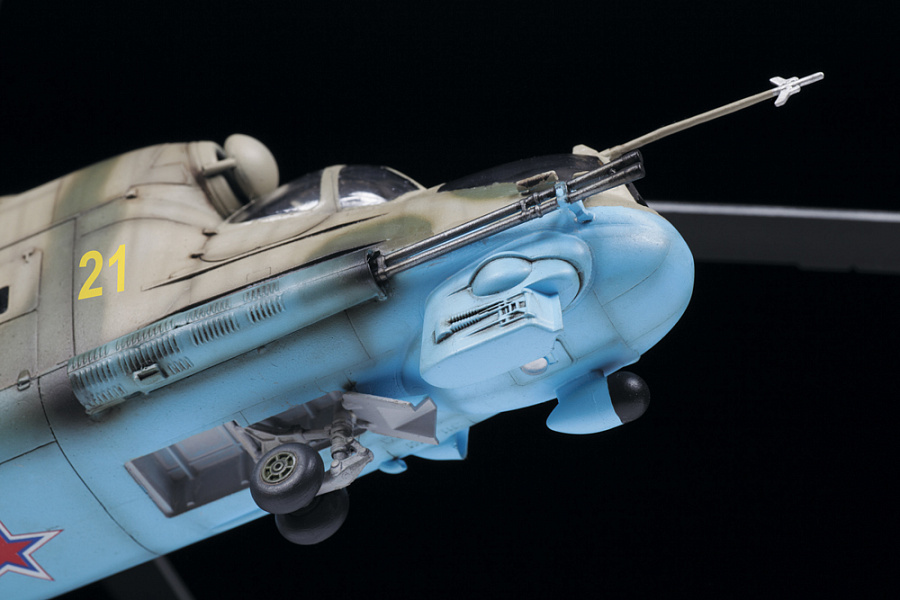 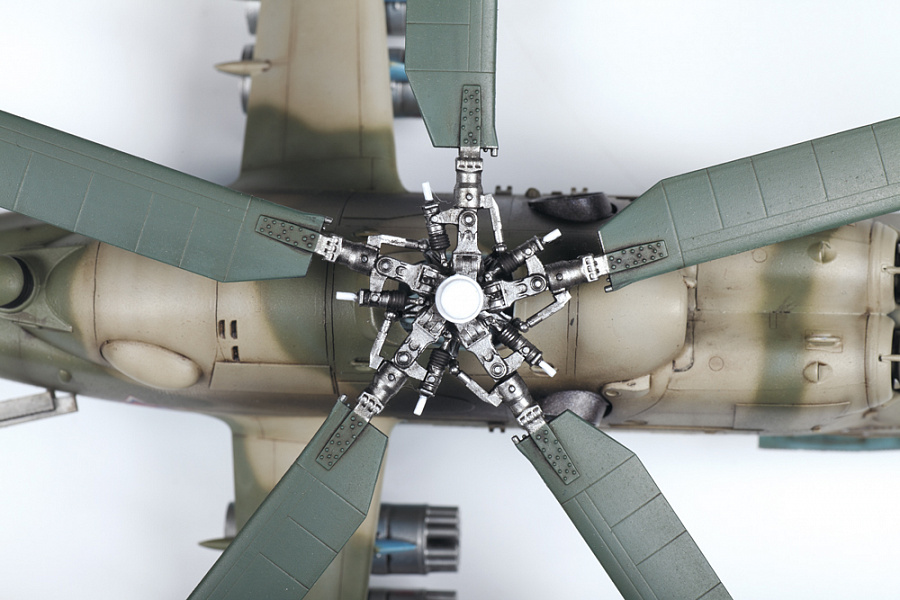 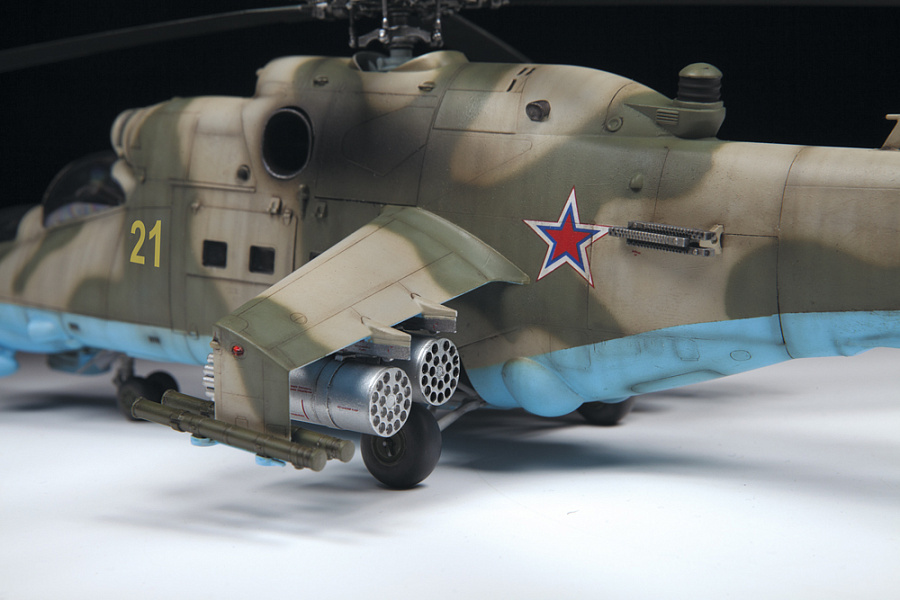 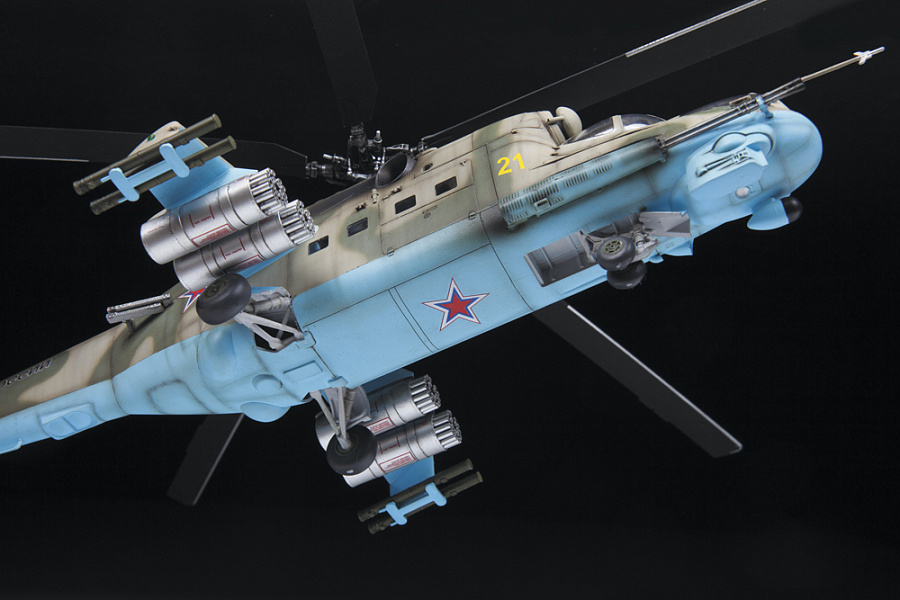 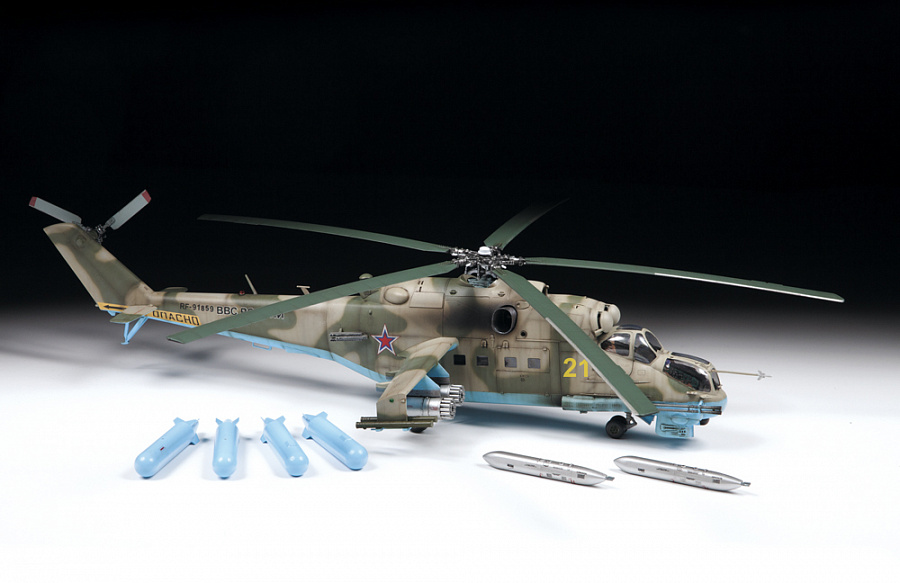 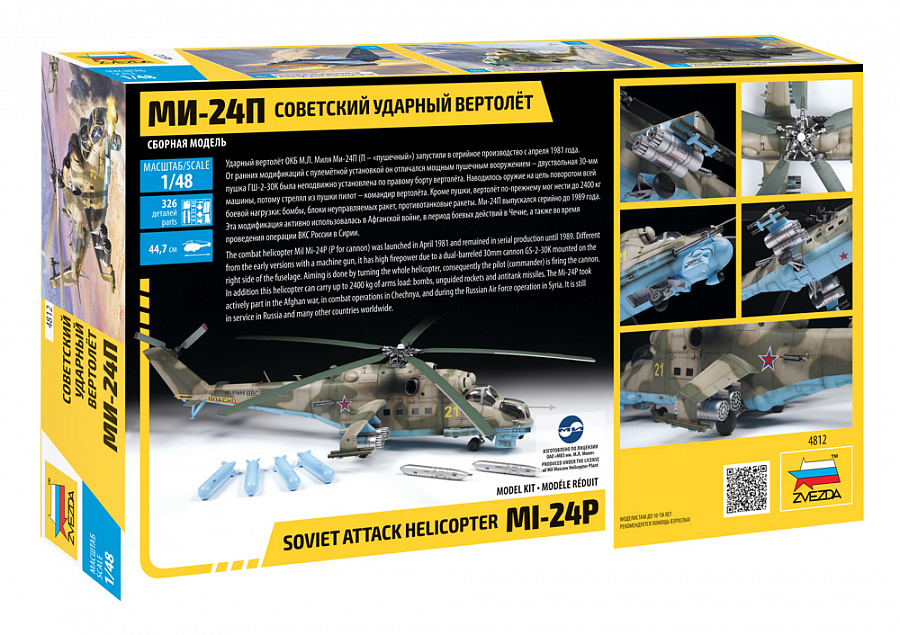 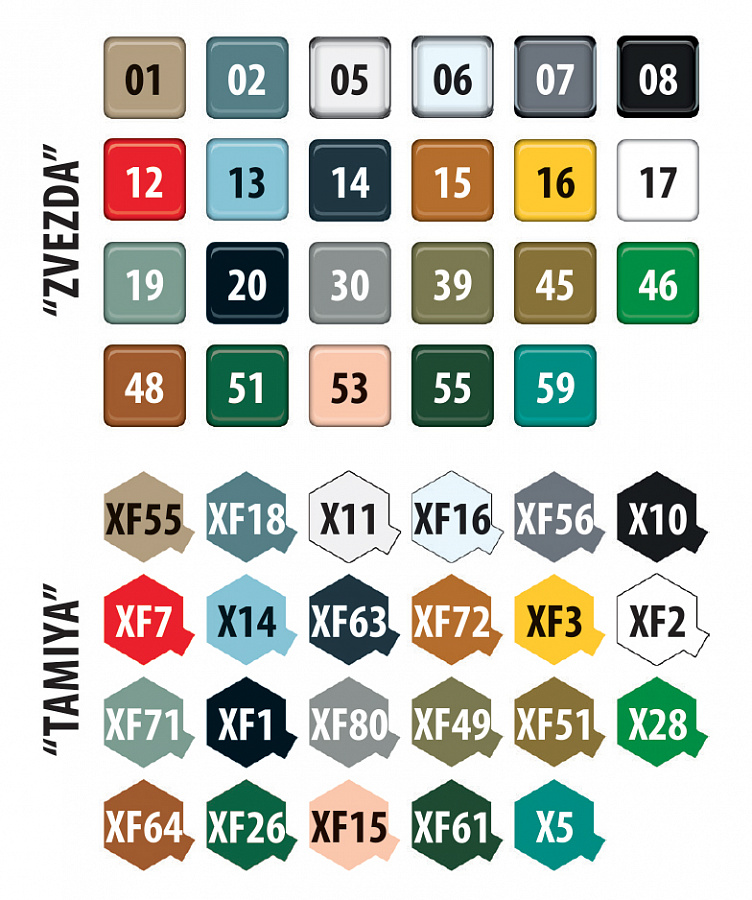 Size, cm
44,7
The combat helicopter Mil Mi-24P (P for cannon) was launched in April 1981 and remained in serial production until 1989. Different from the early versions with a machine gun, it has high firepower due to a dual-barreled 30mm cannon GS-2-30K mounted on the right side of the fuselage. Aiming is done by turning the whole helicopter, consequently the pilot (commander) is firing the cannon. In addition this helicopter can carry up to 2400 kg of arms load: bombs, unguided rockets and antitank missiles. The Mi-24P took actively part in the Afghan war, in combat operations in Chechnya, and during the Russian Air Force operation in Syria. It is still
in service in Russia and many other countries worldwide.