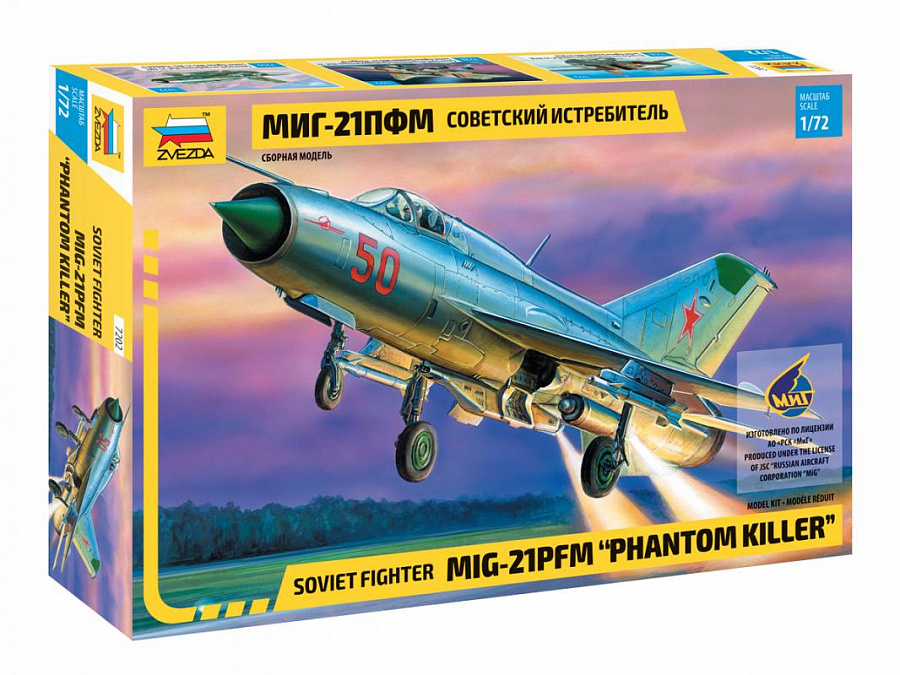 Size, cm
19,6
MiG-21PFM is one of the variants of the best known Soviet Jet fighter. The first flight took place in 1964. Designers changed the engine, electronics and armament to make the aircraft multipurpose. The experience of combat employment MiG-21 in Vietnam showed the need of cannons that were reinstalled on the MiG-21PFM. There the MiGs fought successfully American F-4 Phantoms and were called Phantom Killer.