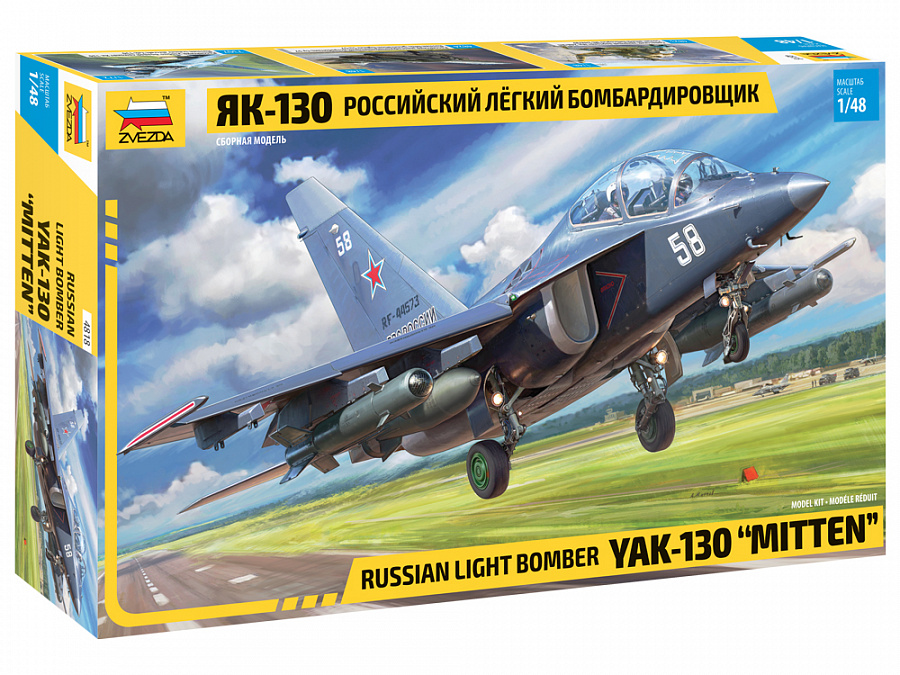 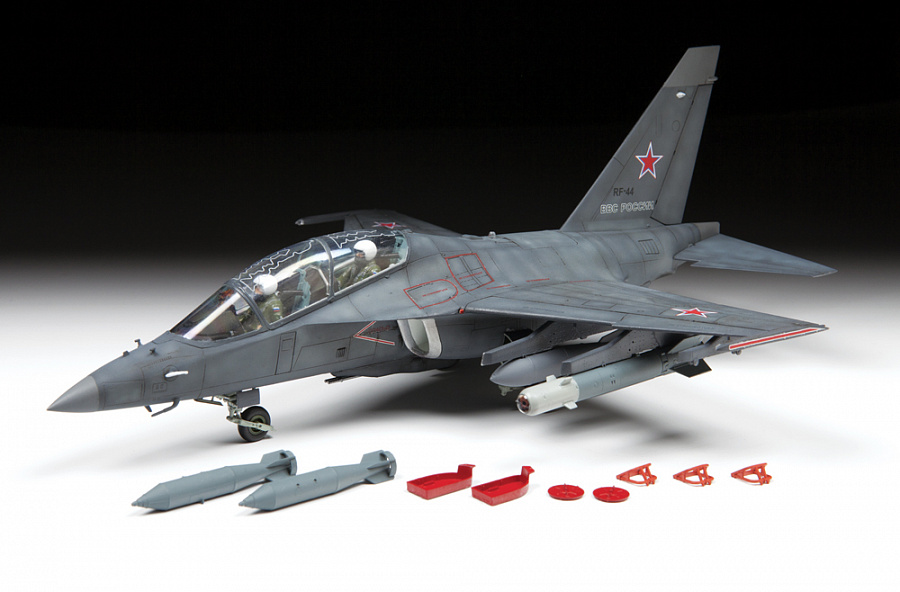 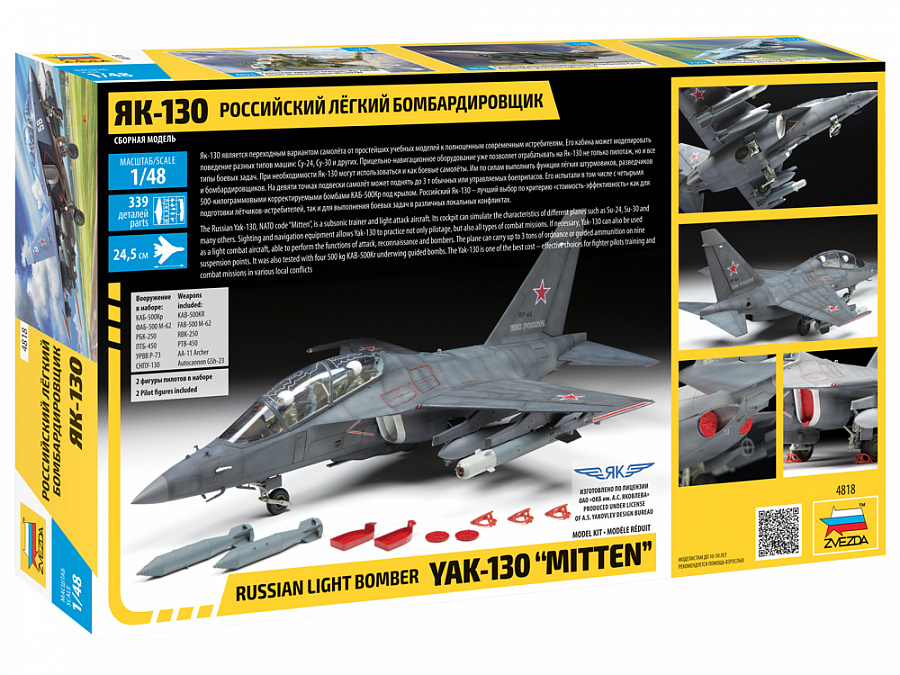 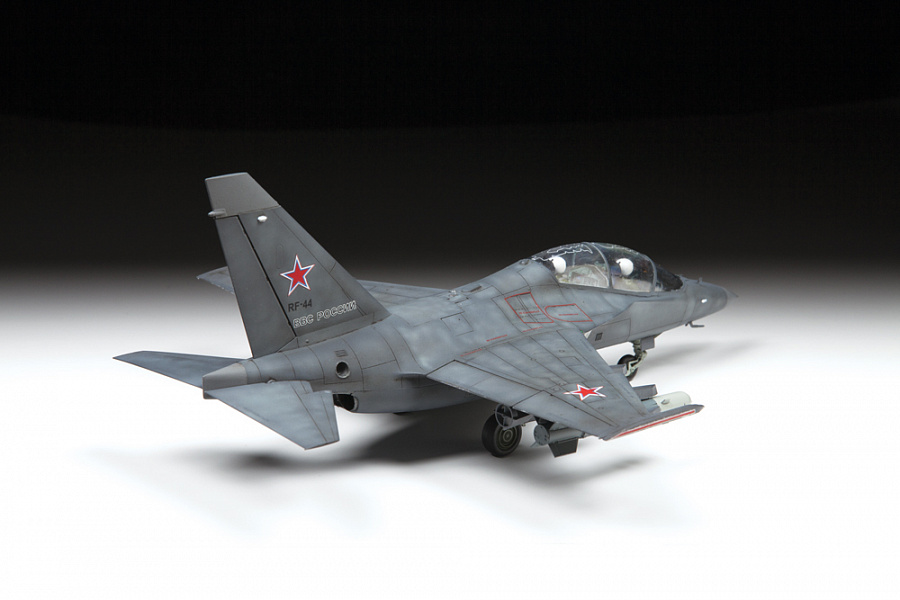 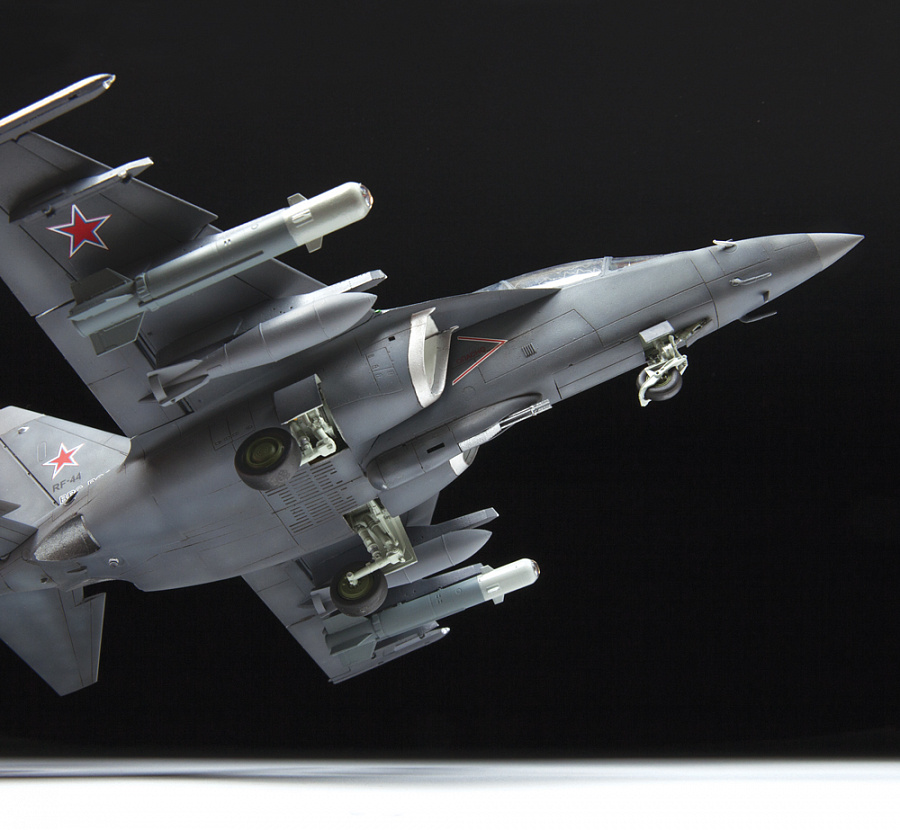 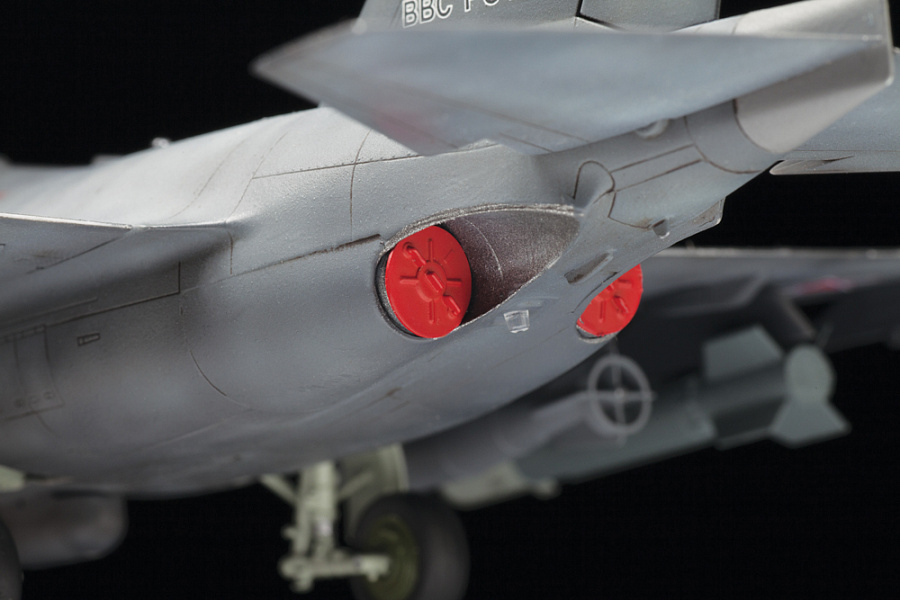 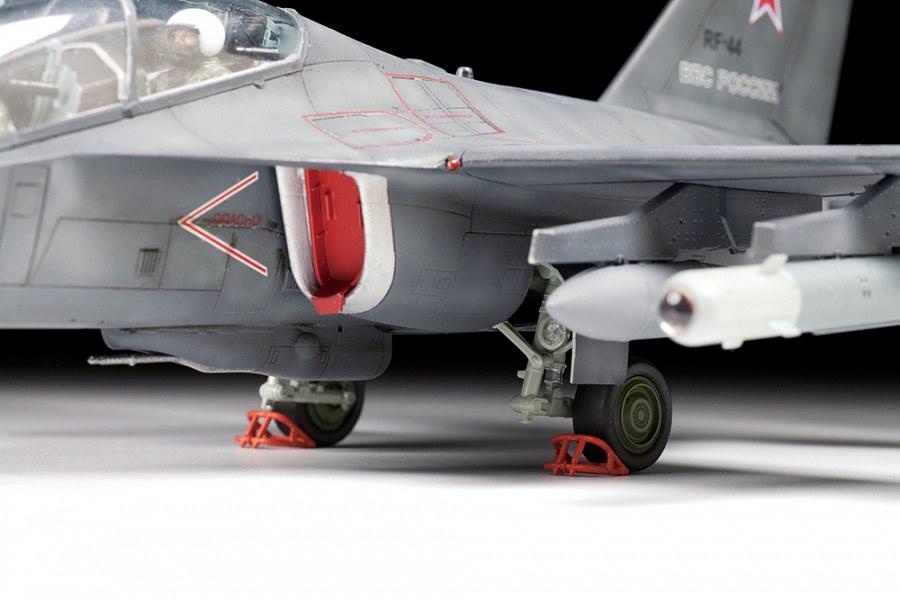 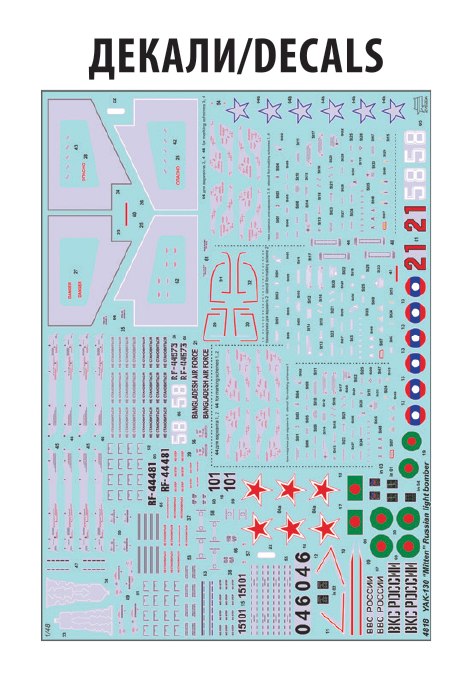 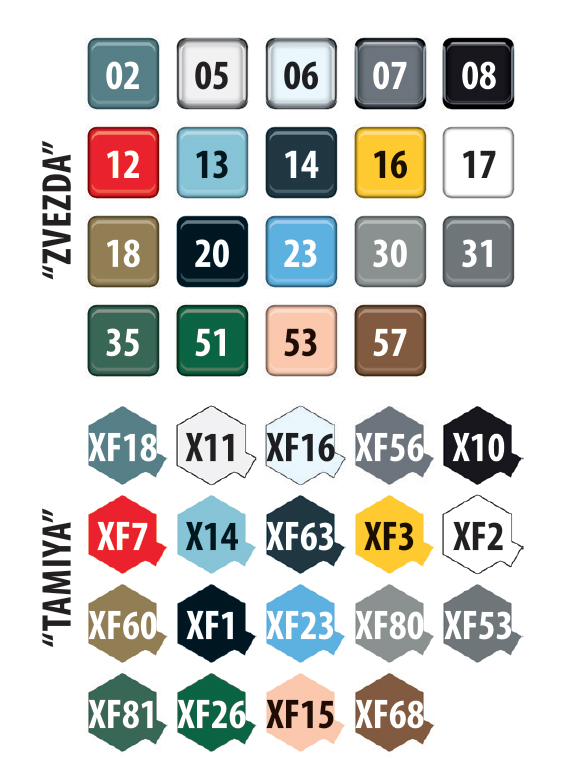 Size, cm
24,5
The Russian Yak-130, NATO code “Mitten”, is a subsonic trainer and light attack aircraft. Its cockpit can simulate the characteristics of different planes such as Su-24, Su-30 and many others. Sighting and navigation equipment allows Yak-130 to practice not only pilotage, but also all types of combat missions. If necessary, Yak-130 can also be used as a light combat aircraft, able to perform the functions of attack, reconnaissance and bombers. The plane can carry up to 3 tons of ordnance or guided ammunition on nine suspension points. It was also tested with four 500 kg KAB-500Kr underwing guided bombs. The Yak-130 is one of the best cost – effective choices for fighter pilots training and combat missions in various local conflicts.